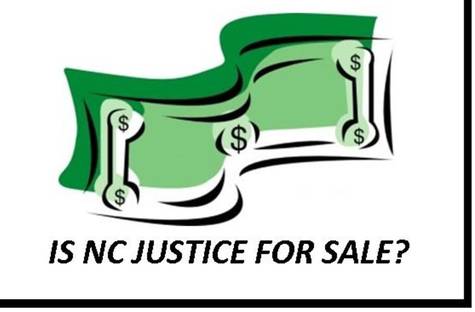 Four months is long enough. The current NC Commissioner of Insurance, Wayne Goodwin and Attorney General, Roy Cooper have had four months to levy fines and/or begin legal action against Blue Cross Blue Shield of NC. To date, they have done no more than issue statements and claim that they are investigating. It is a fact that irrefutable evidence that BCBSNC has violated the law, N.C.G.S. 58-3-225, entitled "Prompt Claim Payments Under Health Benefit Plans", and has been given to the NC Dept of Insurance. The state of NC does give the authority to the Commissioner to levy fines, pursue legal actions and can revoke or suspend the license of an insurance company that is in violation of the law.

2016 also happens to be an election year for both the Commissioner and the Attorney General. In the recent filings of financial statements to the NC Board of Elections, Wayne Goodwin's campaign has received at least $104,585 in donations from indiviuals directly involved with the insurance industry, including a VP at BCBSNC named Patrick Getzen. *This paragraph was edited on 5/1/16*

By signing this petition, We The People, are demanding that the state of NC enforce the insurance laws that were enacted to protect consumers and providers. This petition will be sent to The Governor of NC, Pat McRory, The Attorney General, Roy Cooper and the NC Commissioner of Insurance, Wayne Goodwin. The undersigned citizens have decided that justice in North Carolina is not for sale in the form of campaign donations.