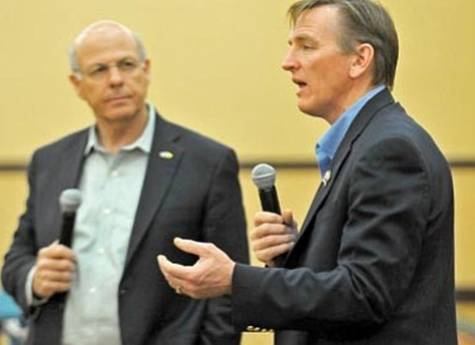 519 people have signed this petition. Add your name now!

We, the people of Arizona's 4th Congressional District demand a Town Hall meeting be immediately scheduled. Instead of speaking directly to constituents, Representative Paul Gosar has chosen to host a "conversation" with another member of Congress over the phone that people could call into. We want the real ability to engage with our representative in person and be heard. He has had time during the Congressional Recesses.

Representative Gosar has held several Town Hall meetings during each of the last two years. We, his constituents have current and pressing concerns and request that he hold an in-person Town Hall meeting as soon as possible. Paul Gosar represents all citizens living in his district, not just those who agree with him. He should not be afraid to hear all voices.

We hope Representative Gosar stops avoiding his constituents and schedules an in-person town hall where we can exercise our basic Constitutional rights in this representative democratic system.