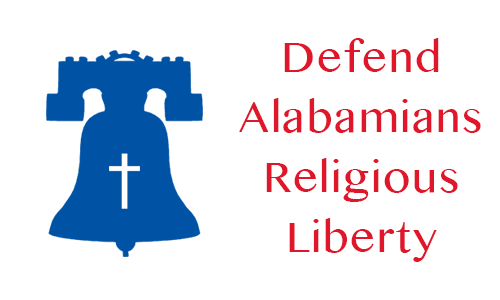 From: The Undersigned Citizens of Alabama

Re: Special Session of the Alabama Legislature

Whereas, due to the Supremacy Clause of the United States Constitution, the state of Alabama has to submit to the Supreme Court’s opinion in Obergefell v. Hodges, and

Whereas, many people of faith in Alabama adhere to a sincere religious belief that so-called same-sex marriage directly contradicts the teachings and tenants of their religion and

Whereas, people of faith in Alabama utilize their faith as a compass in many areas of their lives including: their home, church, place of employment, businesses, education, government, law, politics, faith-based ministries and other disciplines and

Whereas, the state must also seek to preserve the rights of people of faith who find homosexual acts to be sinful conduct and therefore morally prohibited and unacceptable and

Whereas, this conflict was noted in the dissent in Obergefell v. Hodges by United States Supreme Court Chief Justice John Roberts along with Justices Thomas and Scalia.

We, the undersigned, respectfully petition Governor Robert Bentley to be proactive and include religious liberty among the issues to be addressed in a Special Legislative Session later this summer.

If you are having trouble signing the petition or have questions, please e-mail alabamafaith (at) gmail (dot) com.