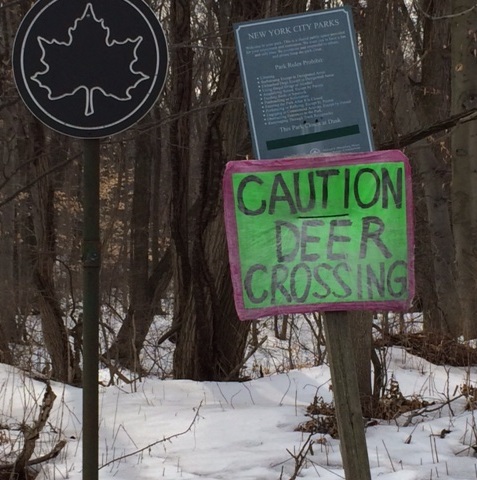 Join Assemblyman Joe Borelli in telling Mayor de Blasio to bring deer traffic signs to Staten Island.
The deer population on Staten Island has increased exponentially even from just a few short years ago. With deer-vehicle collisions becoming more common and our neighbors resorting to posting homemade deer traffic signs in especially problematic areas, there's no greater time for the city government to make an effort to show their concern for the safety of motorists and passengers. It would be comical if it weren't so sad that we have deer poachers on this island, but the government refuses to acknowledge a present danger to motorists by exerting the absolute minimum amount of effort and money to install a single deer traffic sign.