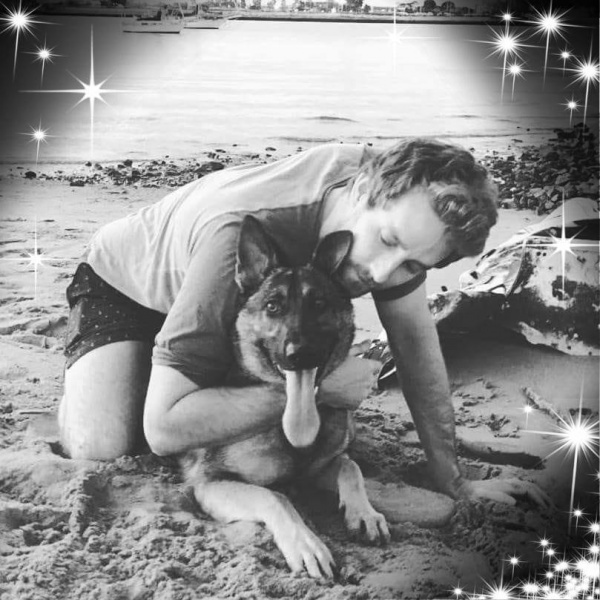 Pretzel is not a danger to anything or anyone!

I need your help to sign this petition to ensure that Pretzel does not become "declared" meaning the council will deem her as a danger to other dogs and humans. I find this all very amusing and most of those that know Pretzel will also find this rather absurd. However the council have said that if I do not dispute this then they will declare pretzel a dangerous beast, which will mean muzzling her in public, paying hefty dangerous dog registration fees and so on. I find all of this appalling even after the visit from the council where they were introduced to Pretzel and she greeted him with a kiss then was laying down for the next 20 minutes whilst he told me that he thought he had the wrong house!! I thought they would have some common sense and cancel this action, but alas here I am.

On the 27th of September I was playing with my dog Pretzel a mere meter from the back of my own property as I have been doing without issue for the past 2 years. The back of my house backs up to a vacant area of land where dogs often play off leash. We always get people walking their dogs through this lot so people are fully aware of any presence of animals or humans here and can clearly identify that I occasionally play with my dog off leash behind my house. Myself and Pretzel are fairly well known in the local vicinity.

On this occasion a couple that live across the road from me were walking their pet poodle straight into the vicinity where I was playing with Pretzel, they could see my dog and they had previously interacted with my dog and even had my dog in their own house when she got out one day. They were under the impression all was OK to walk into our direct vicinity. So in this instance they knew they were approaching an unrestrained dog which was not an issue to them and there was no fear in doing so. Because there were never previous signs of any aggression from my dog.

Pretzel ran over to the other dog and interacted as dogs do initially and in this instance play turned rough which is quite normal for dogs and by no means was it an "attack" or causing fear to any humans.

The male person walking the dog separated the dogs and it all was over in a matter of seconds. I did ask the owners if their dog was OK but they ignored me and continued walking their poodle down the road.

From my experiences of taking Pretzel to various dog parks for the past two years, what occurred here is nothing out of the ordinary that wouldn't happen every day in a dog park. I have been on the receiving end a number of times where it is usually other owners asking if my dog is Ok because of various types of rough play. Dogs will be dogs, rough play is normal. We could go into plenty of definitions and studies of how dogs interact and what is a normal interaction vs an attack to understand that this was not an aggressive dog attack. When dogs attack they lose all sense of reality and kill other dogs, they don't nibble on ears. If my dog did bite the poodles ear we can read here that it is not deemed a serious attack. "Dogs who bite at other dogs’ faces or ears are angry, but not usually serious about causing damage" REF: https://paws4udogs.wordpress.com/2015/05/26/dog-dog-aggression-between-housemates-part-two-bites/

The owners returned (20-30) minutes later (we were still playing) and asked me to come look at their dogs ear and blatantly told me that I should pay their vets bill. I said no as they initially ignored me and told them that I wasn't interested. If they had acknowledged me straight after the dogs were separated I would have happily obliged to inspect and assist, however both parties argued with me telling me that I must pay their vet bill or they would report me to the council. (So here we are)

They both walked away from me but were still in my vicinity talking to each other trying to figure out how they wanted to deal with the situation, so I did decide approach them to have a look at the dogs ear and visually I saw nothing but a scratch of dried up blood, far from an attack in my opinion (if it was my dog at all). If it was an actual dog attack there would have no doubt been a puncture to the ear or worse. A German Shepherd has a bite force of 238 pounds. If this was an attack the delicate ear tissue of a dog would have punctured or ripped off. If it was an attack the dog would have gone for the legs or throat rather than an ear.

Keep in mind that in the initial instance of the dogs separation neither of us knew that anything was wrong until 20-30 minutes later after their walk. They happily walked off without acknowledging me and I continued to play with my dog. If it was an actual attack would the dog and owners have walked off calmly without saying a word to me? Once someone or something is attacked they usually take action immediately not 30 minutes later.

It is also a fact that I do not know if another dog attacked them along their route or something happened to the ear whilst they were not in my vicinity? Neither party witnessed any damage immediately after the attack and there was a long period where we did not have any visual contact with each other. The ear was not visibly bleeding at this time, there was no indication of injury. The owners ignored me after the dogs were separated and I verbally asked them if their dog was ok. I did not receive a response.

There are up to 10-20 dogs every day walking via billan st and the vacant land block behind my house from morning to evening, leashed and off-leash. We often have dogs escaping, so it's not out of the question that it was perhaps another dog or cat that did this to the poodles ear (skin on that part of a dogs body is very superficial and there are a number of ways for it to be damaged)

1. Pretzel is a 2 year old German Shepherd (with police pedigree background) She is highly intelligent and motivated and can perform a range of tricks, she normally listens but she is still 2 years old (puppy phase)

2. Pretzel is well known at the local dog parks. I am hoping to get some of her fans to sign this petition so I can submit to council. Pretzel has NEVER been involved in any incident since her birth, we often visit multiple dog parks and public places.

3. Pretzel has never attacked a person and has 0 aggression to people entering my property, she jumps on them to play.

4. Pretzel has never attacked another dog

5. Pretzel has stayed with over 10 different humans and animals whilst I have been away (I will ask them to sign this petition) - Can provide photo evidence and booking evidence of stays and website reviews.

8. The complainant was not suggesting reporting Pretzel for an attack initially they were upset that I refused to pay their vets bill (before they had even gone to the vet) So this report is simply out of spite for my reaction when they approached me 30 minutes later about their dogs ear.

9. The complainant lives across the road from me, they often walk behind my house with their dog, very close to my fence to make Pretzel bark. They could easily avoid walking behind my property.

10. The complainant has had Pretzel in their house playing with their dog previously for half a day or more.

11. I can provide a veterinary or professional opinion on Pretzels behavior or aggression levels. Pretzel is known by 2 local vets.

12. Pretzel has attended puppy school that can also provide a professional opinion.

13. Pretzel volunteers with children\adults at the wesley hospital at chermside (can provide a written reference)

Please do not deem her to be dangerous as this would seriously disadvantage her lifestyle and mine. Pretzel does not deserve or require to be muzzled in public, we do not need to put more fear into people especially if the dog is no threat. Everyone adores this dog!

There is not sufficient grounds or evidence to declare her dangerous.

Here is some video footage from today 12/19/2019 of Pretzels interactions with dogs and kids at a local dog park: https://www.youtube.com/channel/UC_vCUm5ERnvmJyT7mewSQUw