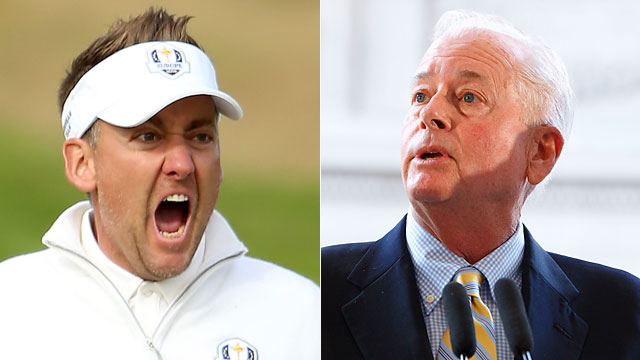 Petition to Reinstate Ted Bishop's Titles as President, Honorary President, and Past President of the PGA of America

The 27000 men and women members of the PGA of America were notified via the media and by e mail on Friday, October 24, 2014, that the 38th President of the PGA had been impeached by The PGA Board of Directors. In addition, the B of D imposed further sanctions on Mr. Bishop that included removing his title as Honorary President of the PGA when his term expires in November 2014 and removing his name in reference, and in print, as ever having been President of The PGA of America. It should also be noted that this decision came swiftly within 24 hours of being made aware of the infraction for which he was immediately labeled "sexist."

Many of those who carry current PGA credentials do feel an injustice has occurred here. Mr. Bishop did not break any laws. Contrary to the perception thereof, Mr. Bishop apologized for his remarks and is due such course and respect for doing so. Mr. Bishop's record for the advancement of girls, women, and minorities in the sport of golf is extensive and above reproach. While an "off the cuff" remark was made online that might have been offensive to some, the subsequent punishments he received were unduly harsh given there is no precedent for an offense of perception of speech..
Social media is a fabulous tool for PGA Professionals to grow their reach, better their own professional talents, and engage others that we would never otherwise have contact with. Since, however, this is the first time an event like this has occurred in the PGA's storied 100 year history, members should not lose sight of the broader picture. By acclamation, the PGA B of D has created a hole in our history. Someone who didn't exist. He has been erased.
When asked by future generations why this happened, the story will have to be explained. So for that, he will have to exist to not exist; over and over again. No member should ever have to explain an asterisk in our history.
The 27000 members of the PGA feel they should have been consulted on this matter rather than the rush to judgment that was made and the erasure from history that was made of a great PGA Professional. One can only surmise that other factors outside the scope of this infraction came into play and that should never be the case. It leaves millions of people staring in disbelief at the result. It creates more chaos than it does to further the association's goals.
Please sign this petition if you:
1. Are a member of The PGA of America
2. Feel Mr. Ted Bishop has earned the respect of his peers over his 37 years as a member of The PGA and by his tireless efforts to further this great game
3. Should be recognized in the annals of The PGA as President, Honorary President, and Past President of the PGA of America.