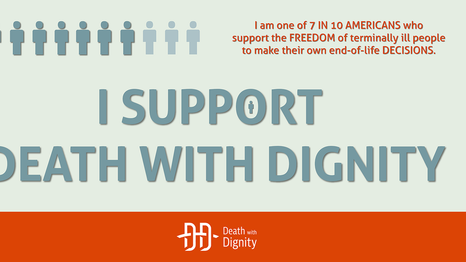 I believe assisted suicide should be legal to avoid suffering of thousands of terminal patients in every state, all over the U.S, including NY. Death is something every human will encounter at any given time, some go peacefully, some go quickly, others aren't so lucky. Some of the unlucky ones could have an incurable, ultimately terminal illness, such as ALS, pancreatic cancer, alzheimer's, or any one of the hundreds of diseases that could encounter the label “terminal”. Shouldn't those people have a choice to go out in a dignified manner that they chose without the government telling them they can't? Assisted suicide has rules and regulations to make sure someone who isn't immediately dying cannot get ahold of the life ending medication, it takes weeks for a someone who is suffering from a terminal illness to qualify for the medication, so it wouldn't be an issue of someone who if just suicidal getting ahold of the drugs. I believe people who are dying of incurable painful illnesses should be allowed to decided if they want to continue suffering or not, I don't think it's fair for the government to make such a personal decision for an individual. These people don't want to die, they are dying. They don't have an option anymore, this is a person's last resort and we should allow them to go peacefully. Please support legalizing a death with dignity bill in New York.