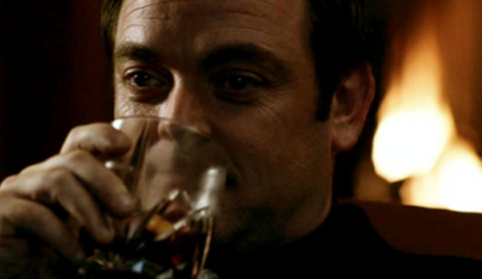 To the Fans- After seeing a fantastic actor play a role he was born to play, Crowley is now dead. After seeing him for 5 seasons, we are left with a quick death by his mother of all people. The cruelty and demeaning nature of his death is not lost on me.

The actors and the producer said he was dead in several interviews and that there was no hope that he would be resurrected. The producer said that he will undergo a transformation that will be unique to him. I don’t know about all of you, but who cares about a transformation; I don’t want him dead. I for one am not OK with that. In fact, I am devastated.

We are losing the best villain on television. Please don’t let them win. Send a message now, telling the writers that by killing Crowley, they are losing us as viewers. Let’s stand together and resurrect an old friend.

To the Writers- We want Crowley alive or you’ve lost us as viewers.

In the sprit of goodwill here’s some suggestion on what to do with Crowley. If you want a reboot of the series, which it clearly doesn't need, then make him spend the season "alive" maybe ghostlike trying to become alive. Then going forward, you can make him an adversary as he always has been and then eventually human. That would be a very interesting arc to say the least.