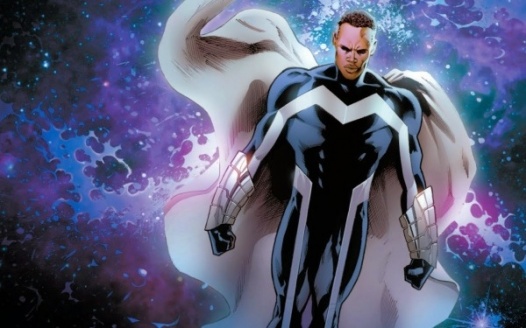 It's hard to pinpoint the exact cause for the spike in popularity of the relatively unknown character. However if I were to gamble a guess, I'd say this was the result of popular comic book commentators on Youtube and other platforms. Personally, I was first introduced to the character through the ComicsExplained Youtube channel a few years back. Thereafter I began to see more and more of the character on Reddit discussions and Twitter threads, as I delved more into comicbooks. Initially I thought this was only a niche interest. That is, until I heard this same interest being reverberated by a popular figure in mainstream media. A popular morning radio host expressed, in a featured story he wrote, his interest in seeing more if the character. My interest piqued, I ventured to collect all the stories featuring Blue Marvel. Surprisingly, there were only a few, one titular series, the original introductory story, 'Adam, The Legend of the Blue Marvel',and two Al Ewing team books 'The Mighty Avengers' and 'The Ultimates' (great books, you should definitely check out). Despite the continued buzz around the character and plea for more content, nothing's ever materialized since then. Save for a few cameos and minor video game features.

While Blue Marvel is often lauded for his impressive powers and abilities, the character also resonates personally with a lot of people as a powerful and distinguished man forced to take a backseat on account of the color of his skin. A black man forced to sit back and watch as his people and the world toiled on without him.

It certainly goes without saying that a powerful Black hero relegated to the sidelines during the peak of the Civil Rights Movement, Blue Marvel deserves to be on the front lines now more than ever.

So Marvel Comics, Make Mine Marvel and give us a Blue Marvel series