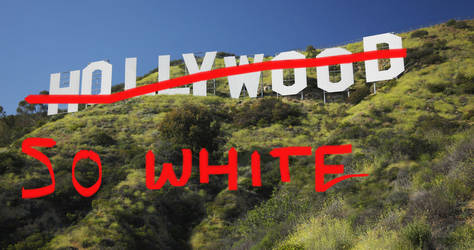 We have a problem. A representation problem, to be specific. People of color are constantly left out of mainstream media, and when they are included, they often are depicted as stereotypes and background characters. These issues of proper representation occur both in front of and behind the camera--for instance, in 2014, five of of 107 directors were Black, and only twelve of the 435 Best Director Oscar nominations have gone to non-white directors since 1927. It is not uncommon for major Hollywood films to feature no actors of color. When actors of color are depicted in films, they often either play background characters, harmful stereotypes, or both. Often, these characters are simply killed off in the beginning of the film. Even the animation sector is guilty of these issues; many children’s animation films only feature Black voice actors and other voice actors of color when their characters are goofy sidekicks. Clearly, there is a lack of adequate representation throughout the entire film industry, both in front of and behind the camera.

The message behind this petition is that change needs to occur in creating not just more representation of people of color, but specifically positive representation that moves away from stereotyping. The lack of decent representation goes largely unnoticed by audiences and creators alike. The lack of dialogue and screen time people of color have in mainstream movies is something that may not be obvious to the audience on the first viewing--or maybe even on the second, third or tenth. The audiences most likely to take notice are those who are failing to be represented accurately. Although White and privileged viewers may not be paying attention to the lack of representation, it is beyond harmful for those who are underrepresented because it can ultimately erase the idea that they even exist. The negative stereotypes used in media to portray people of color are often ingrained in audiences's minds.

This petition urges the film industry--and in particular white actors, directors, producers, executives, and Academy members--to push for tangible change in the industry. We, the creators of the petition, urge anyone and everyone to sign this petition to show the Film Industry that enough is enough and that things need to change. We must hold the Industry accountable.