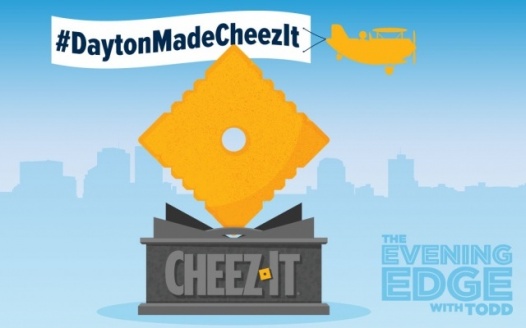 612 people have signed this petition. Add your name now!

Dayton, Ohio is the birthplace of Cheez-It crackers and talk show host Todd Hollst of the Evening Edge on WHIO radio, is pushing to have a Cheez-It statue built in Dayton. Cheez-It was first introduced in 1921 by the Green & Green Company, a manufacturer of snack crackers based in Dayton, and were marketed using the tagline "A Baked Rarebit." Sunshine Biscuits acquired Green & Green in 1932, and Kellogg's eventually purchased Sunshine Biscuits. The Cheez-It is now sold around the world. Now is the time for Dayton to receive recognition as being the birthplace of the world's cheesiest cracker! #eveningedgetodd #daytonmadecheezit