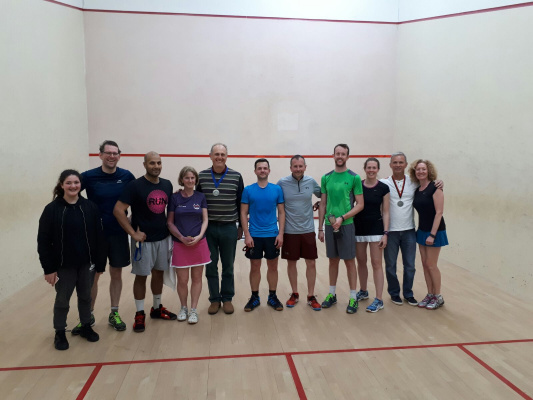 Don’t let squash die! Stop two of our squash courts being converted to a Blaze Studio

Last month the squash community at David Lloyd Hampton were informed that two of the four squash courts will be permanently removed and replaced with a 'Blaze' fitness studio on 29th August, 2018. The purpose of this petition is to ask David Lloyd Management to re-consider this decision which will serve to destroy squash at the club almost overnight.

The loss of two squash courts will result in competitive squash no longer being viable at the club. There are four teams playing in the Surrey league all year round and the courts are often used to host several County squash matches hosting teams from other parts of the UK. The loss of half the courts will result in insufficient capacity for competitive squash to continue in any realistic shape or form at the club.

There are an estimated 80 David Lloyd active squash playing members, several of whom play squash at a county, national and international level. This is as well as casual players and the tennis section who use the courts to teach children basic racquets skills when the weather is poor and the tennis courts outside unplayable. We have three men’s team and one ladies team - most of whom will leave the club.

While there is no question ‘Blaze’ may be a good form of cardiovascular activity, here is a reminder why squash is such a great sport:

2 courts is simply not enough - we need at least 3, if not 4 courts. It will be such a shame to see these 2 courts be removed. We love our club at its facilities, please do not destroy them along with the enjoyment and involvement from 100's of squash court users.

Whether you are a David Lloyd Hampton squash player or not, please show your support by signing this petition to respectfully ask David Lloyd management to find an alternative to the removal of two courts.