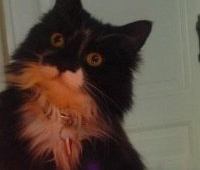 There are many reasons why the Psychoactive Substance Bill is flawed, but the fact that it would defacto ban the selling of catnip, bought by many cat owners for recreational use by cats, is the last straw.

As catnip can be smoked by humans and is reported as having a 'calming effect', it would fall under this legislation and be banned from being sold on the high street. Does this mean it would be regulated and our cats would need vet prescriptions for it? If so will government cover the cost so catnip is available to all cat owners? Would people be still be allowed to grow catnip in their gardens or will they now face police raids if they do? Has the world gone mad?

The undersigned urge you to first, reconsider the proportionality of this legislation as a whole, but failing that, to use some common sense. Please don't ban catnip for use by cats.