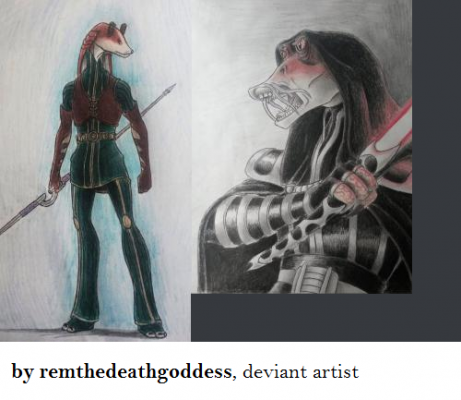 (Darth) Jar Jar to be in Battlefront II

It has come to our attention through a YouTube interview between DICE producer Paul Keslin and interviewer Angry Joe, uploaded to the public on YouTube on 17th June 2017, that Mr. Keslin and other developers at DICE are *fans* of the character Jar Jar Binks, and have expressed interest to Lucasfilm to include Jar Jar Binks in the upcoming game Battlefront II.

We, the undersigned, think this is a brilliant idea and fully support you in this.

Some of us believe in the popular Star Wars fan theory known as 'the Darth Jar Jar theory' which first surfaced on reddit on 30th October 2015 by famed redditor u/Lumpawarroo, and which since then has gone viral, becoming at one point one of the most popular fan theories on Reddit. You may have heard of it.

It inspired one fan, author and future r/darthjarjar moderator u/onemanaswerfactory, to create the darthjarjar.com website and then the r/DarthJarJar subreddit, the members of which went on to analyse the films, the Clone Wars and Rebels TV shows, and other Star Wars media.

The first part of r/DarthJarJar's 2 year long work has been collated in in this Holocron.

If we are not correct in our theory, then we are at least dedicated, passionate and creative fans. A frequent poster and r/DarthJarJar’s artist, remthedeathgoddess on DeviantArt, has created the Featured Image. Though believers in this theory are only a small part of your fanbase, we can translate our passion into increased sales of Battlefront II.

We would be immensely grateful if you would consider the inclusion of a Darth Jar Jar character in the game, if not playable, then as a non-playable enemy, or another dark-side NPC.

However, the support is not limited to believers of the Darth Jar Jar theory.

There are many others for whom (non-Sith, even clumsy) Jar Jar Binks is an interesting character in his own right, however all too often these Jar Jar fans, like us and like yourselves, are ridiculed by the haters of Jar Jar.

As Ahmed Best once said, the fans who liked Jar Jar as children are now grown into adults, (some with awesome jobs such as game developers for instance!) and will not stand for the bullying for the characters they choose to like.

If you were to include even a non-Sith Jar Jar in a massive online game such as Battlefront II, it would mean a lot to these fans, of which there are many more than you may think.

We, the undersigned, would like DICE to include Jar Jar in the updates of Battlefront II.

We understand that you may not respond to this petition, and the difficulty of your job, creating awesome Battlefront games, without responding to fan requests.

From, a fellow Jar Jar fan.