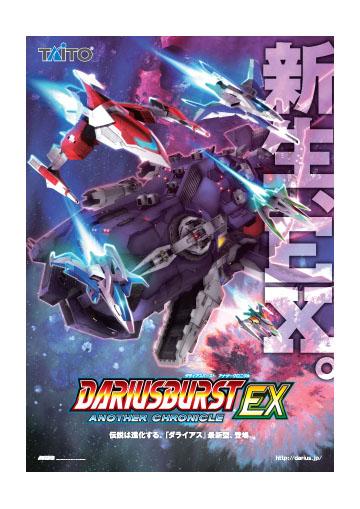 Dariusburst is a beautiful thing, but the PSP version really isn't enough. We need the full DB: EX experience at home, on console. As a tribute to this wonderful series and its many fans, please make it happen.
What we need:
- Physical release of Dariusburst EX for either PS3, PS4, PS Vita, 3DS, Wii, Wii U, PC, or Xbox 360 (or all of the above.) *
- Original AC Mode included in the package
- Chronicle Mode with additional DLC for new challenges, to make up for the lack of Netsys access.
- Four player local and online Support
- Multiple soundtrack options (from AC / PSP) either included or as DLC
- An option to play the game in its original dual-screen format, letterboxing on a standard widescreen display and being able to manually scale the image.
- Having an option to link two television panels together for the full experience.
- Limited Edition with Original Soundtrack, Art Book, and free fish.
- All New secret ship just for the home version
Thank you Taito, make our Darius dreaming a reality.
(*Xbox One not included because it's a bit pointless.)