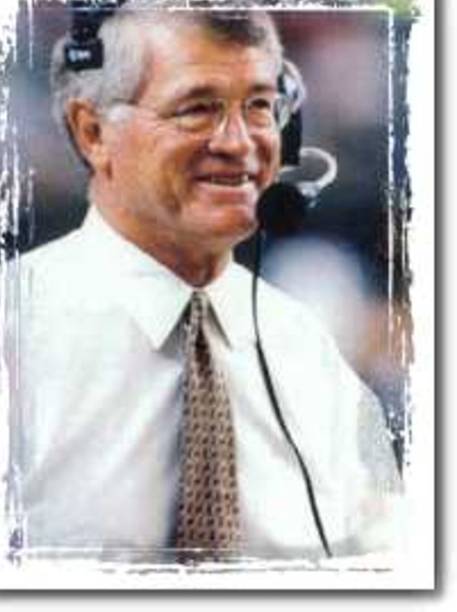 Dan Reeves to the Pro Football Hall of Fame

As of 2015, 295 individuals have been elected to the Pro Football Hall of Fame in Canton, Ohio. Dan Reeves should be one of them. This year, he is a preliminary candidate to be enshrined as one of the greatest there ever was. He deserves it. Nobody has been to more Super Bowls than him; he has played in two, assisted in three of them and was the head coach in four. Yes that's right, NINE Super Bowls.

He leads the league with 201 NFL victories, he was the NFC Champion 6 times, was an AFC Champion 3 times and was granted the esteemed award for the AP NFL Coach of the Year twice. In 2014 he was elected to the Denver Broncos Ring of Fame. He played running back and coached for the Dallas Cowboys from 1965-1980 where he played and coached under legendary Tom Landry. After both playing and coaching for the Dallas Cowboys, he moved on to the Denver Broncos as the youngest head coach and Vice President from 1981-1992 where he guided the Broncos to six post-season appearances, five divisional titles, three AFC Championships and three Super Bowl appearances. He was the only AFC coach in the 1980's to lead his team to consecutive Super Bowl berths and his Broncos appeared in the Super Bowl three times during a span of 4 years.

Following his stint with the Broncos, he moved forward with the New York Giants for 3 years starting in 1993 where he was elected Coach of the Year. In his very first season he led the Giants to an 11-5 record and a playoff berth. That 1993 record is the best of any Giants' first year coach ever.

Finally, he made his way to the Atlanta Falcons from 1997-2003 where was the only coach to take the team to a Super Bowl. He took Atlanta to their best season ever with a 14-2 record and captured the NFC Championship beating the Minnesota Vikings with a game-winning field goal. He coached to a 12-2 record before undergoing quadruple bypass heart surgery in December. Not letting anything bring him down, he was on the field just 3 weeks later to the lead the Falcons to victory in their first ever Championship appearance.

Not only has he been a successful coach but he has also had an incredible eye for budding talent having drafted some of the most successful NFL players to ever play a down in the NFL and recruiting coaches that have gone on to have their own successful coaching careers in their own right.

In Denver he brought in players such as Pro Football Hall of Fame inductees John Elway and Shannon Sharpe. He also drafted linebacker Karl Mecklenburg who is also a member of the Denver Broncos Ring of Fame and quarterback Gary Kubiak who is the current Denver Broncos head coach and has had a very successful coaching tenure. In addition he drafted Steve Atwater who was a Ring of Fame safety, quarterback Tommy Maddox and longtime defensive lineman Shane Dronett. He also did a great job starting the careers of the following successful coaches that went on to have long tenures in the NFL: Mike Shanahan, Alex Gibbs, Chan Gailey, Al Miller, Mike Nolan, Wade Phillips and Joe DeCamillis

In New York he drafted Pro Football Hall of Fame inductee Michael Strahan, as well as cornerback Jason Sehorn and running back Tyrone Wheatley. His coaching additions that went on to their own respective successful careers are George Sefcik and James Daniel.

His accolades speak for themselves but in order to really know Dan Reeves, you have to know that he loves God, football, golf and his family. He has been a devoted husband to college sweetheart, Pam, for over 50 years. He has three children, two daughters Dana and Laura and a son, Lee. In addition he has 7 grandchildren that he loves dearly.

The one thing he never did was win the big game but there are numerous coaches in the Pro Football Hall of Fame that have been inducted that never tasted that sweet victory including Bud Grant and Marv Levy. Please, please sign our petition as we will be passing it to the committee to show them how much support he has behind him in hopes of getting him his day in Canton, Ohio that we, as his family, know he deserves so much. We appreciate your time and your signature. God bless!

His Family, Friends and Fan