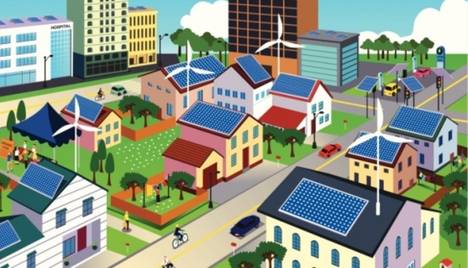 Dacorum will become a zero carbon Borough by 2030

After seeing 195 countries agreeing in Paris to collectively limit the catastrophic impacts of climate change, I want Dacorum to be pro-active in building a sustainable zero carbon future in our communities.

As someone who works, lives, studies in or frequently visits Dacorum, I am joining with others calling for Dacorum Borough Council to take a bold stance and adopt the following two commitments:

1. Dacorum will become a zero carbon Borough by 2030

2. Dacorum Borough Council will not invest in fossil fuels

Becoming a zero carbon borough by 2030 will require huge commitment and determination, but we believe much of the knowledge is already with us. We recognise that not all the borough’s emissions are within the control either of the council or businesses and residents within Dacorum. However, we believe that with the Council’s leadership we can seize the benefits of a planned transition to zero carbon.

We are ready to join with you in developing a practical Dacorum zero-carbon roadmap, and support the council on the necessary steps, such as the following:

1. Supporting community energy groups to enable towns and villages to create and manage their own renewable energy sources (as in Germany and Denmark)

● developing other allowable solutions to enable housing and non­domestic buildings to reach zero carbon status by the target date specified, as outlined by the Zero Carbon Hub (http://www.zerocarbonhub.org/zero-carbon-policy/zero-carbon-policy)

● procuring all Dacorum Borough Council electricity from renewable sources; and

4. Working with all businesses in Dacorum to be zero carbon, through their buildings, transport, waste and food strategies

5. Working pro­actively with Hertfordshire County Council to transform transport in Dacorum to contribute to the zero carbon target, in particular by:

● permitting only 100% electrically­ powered or renewable energy buses and taxis in Dacorum;

6. Protecting all allotment sites in the borough from development

We believe the goal of a zero carbon Borough by 2030 is achievable, and we stand ready to work with the elected representatives and officials in our communities.

7. Divesting the assets of its pension fund from the fossil fuel industry