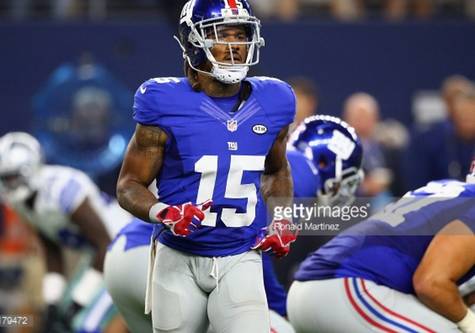 This petition is for the fans of the New York Giants. We just recently lost today to the Falcons in another stomach wrenching loss. We blew it at the very end. First the Cowboys, now the Falcons. We are 0-2, not a good looking start.

The one thing holding this team down is a guy called Preston Parker. This guy is a bum. He dropped key passes on 3rd down last week multiple times, which probably lost the game for us. He dropped key passes once again today and dropped the 4th down pass that inevitably lost us the game today. Yes the pass was a little short, but it was catchable. I am not going to stand to see this guy on our New York Football Giants anymore. We have rookies waiting to step up and take his spot and actually make an impact. GIANTS FANS! I AM ASKING YOU, PLEASE COME TOGETHER AND MAKE THIS PETITION KNOWN! Let's end the madness of having this guy on the team once and for all!!!

DONATIONS ARE NOT REQUIRED AND ARE NOT WELCOME! ALL I WANT OUT OF THIS IS TO HAVE PRESTON PARKER CUT! Please share and share the #cutprestonparker hash tag!

UPDATE!! 9/22/15: PRESTON PARKER HAS BEEN RELEASED FROM THE GIANTS TODAY. FIGURES IT HAPPENS ON MY BIRTHDAY! Today is the start of a new era for the New York Giants! Thank you everyone who signed and shared this petition!