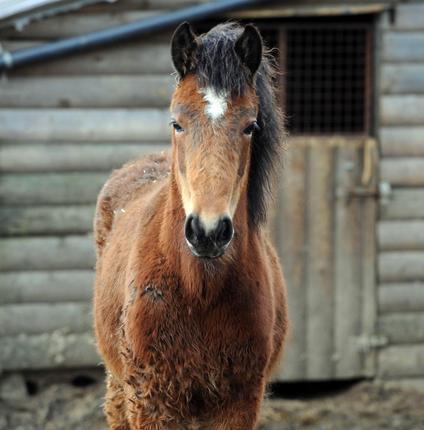 970 people have signed this petition. Add your name now!

CROSSKENNAN FACES CLOSURE IF BELFAST CITY COUNCIL DO NOT HONOUR THEIR PAYMENTS FOR THE CAVEHILL HORSES EXPENSES:
You may recall the major rescue Crosskennan volunteers undertook on behalf on Cavehill Country Park. A large herd of wild horses had been dumped within the perimeter of the Park and therefore the Park Manager contacted us for help as the ponies had become a significant risk to the public by biting and kicking people who attempted to get close to them. We mounted a 6 month rescue operation at considerable expense to ourselves on the understanding that the Belfast City Council would cover all costs incurred by us. They instructed us to hire stables to house the horses, many of whom were heavy in foal, and the Council agreed they would reimburse all our expenses. Due to the horses being unhandled and the treacherous terrain, the rescue was fraught with danger for both our volunteers and the horses - the whole rescue operation had to be meticulously planned by Lyn who made a daily trek on foot to reach the horses and ensure we could gain their trust. After months of hard work and dedication, we finally removed the last of the horses who had just given birth to her little colt foal, Murray.
Relived at having all the horses safely moved, we then started to make provisions to have all the stallions castrated and ensure the heavily pregnant mares where suitably housed so they could be closely monitored.
We did all this work in good faith, yet after initially paying the costs as agreed, the Council then decided they would ignore our invoices without explanation. We have made numerous requests to meet with them to discuss the matter, but our requests were ignored and our phone calls not returned!
We have now gone public with this whole unsavoury saga as the debts we've incurred whilst awaiting payment from the council will now directly result in the closure of Crosskennan and NI's only safe haven for abused, abandoned and neglected horses. Please read the BBC's coverage via this link:http://www.bbc.co.uk/news/uk-northern-ireland-27063067
You can make a donation to Crosskennan via this link:http://www.crosskennanlane.org.uk/Make-a-Donation.aspx

Please sign this petition in order to show the council that you believe they should cover the bill and save the sanctuary and it's animals from closure.