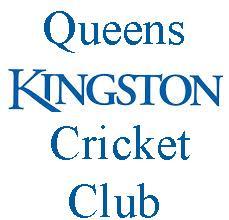 We, the undersigned, demand from the government of Kingston, Ontario to provide us with a Cricket pitch and field and help us to revive the historic cricket tradition in Kingston, Ontario, Canada.

Cricket was once the most popular sport in Canada until the early 20th Century before it was overtaken by hockey. Cricket was so popular it was declared the national sport by Sir John A. Macdonald, the first Prime Minister of Canada, as we can witness the Cricket field in Kingston, Ontario, Canada since that time.
Let's revive thegentlemen's sportin the city.
Thanks for your support.