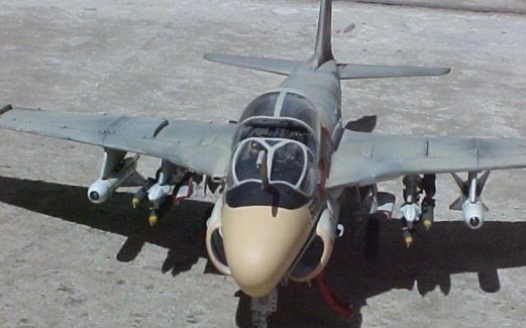 The A-6 Intruder is an all weather attack aircraft that was introduced in 1957 and interest service in 1963. DCS World is a Combat Flight Simulator that has several aircraft that covers several roles in the air conflict. From fast fighters like the F-15C covering the air to the slow and hardened A-10C providing ground suport DCS has serveral good aircraft except one. The A-6 has several varients the last being the E model which had the FLIR or Forward Looking Infared. From bombing to hunting S.A.Ms the A-6 could cover any and all Air to Ground roles needed. The one role DCS doesn't have an aircraft for is aerial refueling tanker. The KA-6D covered that role for the Navy carrier operations. Adding this aircraft will post a whole new variety to DCS, like jamming with the EA-6A or adding the anti S.A.M role with the A-6B. This aircraft and all of its variants would be a bonus to DCS and it would open new roles for players to cover.