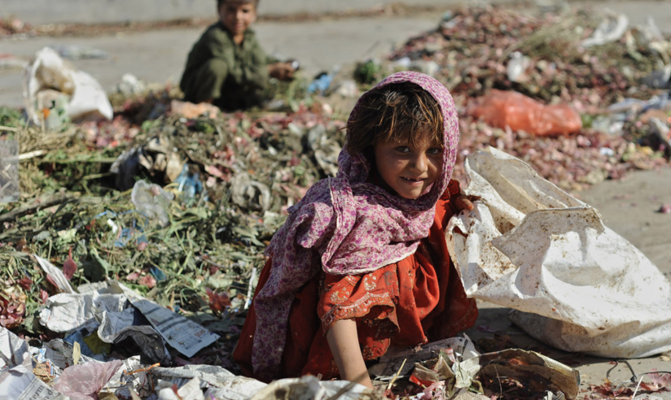 Poverty is a significant issue in Pakistan. Children and families are getting affected by this problem on an ongoing basis. Poverty is the state of not having enough material possessions or income for a person's basic needs. Approximately 29.5% of Pakistani citizens live below the national poverty line. The people of Balochistan are the worst-hit region. This petition targets the people in Balochistan since that is the most poverty-affected area of Pakistan. The poverty rate in Balochistan in 71% of the population in Balochistan is multi-dimensionally poor. Balochistan's population is illiterate specifically 30% males and 63% females. This is the main cause of poverty. A lot of people become impoverished because of unemployment and climate change. In Pakistan, jobs are not easily available or handled well. This leads to the masses being unemployed. People are suffering from poverty and need your help! The government helps a specific percentage of the population since they can't possibly cover the whole country. In this petition, I hope that people can get aware of this problem in Pakistan mainly Balochistan, and hope to get as many signatures as possible so that money can be donated and the required help is given! Share the Wealth, Reduce Poverty.