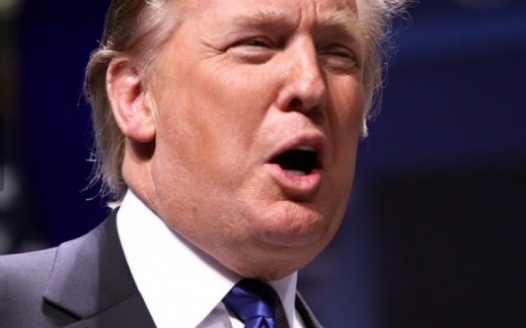 The U.K. Guardian newspaper reports: "Donald Trump was warned at the end of January by one of his top White House advisers that coronavirus had the potential to kill hundreds of thousands of Americans and derail the US economy, unless tough action were taken immediately, new memos have revealed."


"Peter Navarro, the director of the USA national trade council, gave Donald Trump detailed memos in January and February on the likely impact of the coronavirus pandemic."
"Trump was warned in January of Covid-19’s devastating impact, memos reveal Economic adviser gave worst-case scenario of 500,000 deaths. Trump claimed no one could have predicted disease’s severity Coronavirus..."

The memos "show that even within the Trump administration alarm bells were ringing by late January, at a time when the president was consistently downplaying the threat of Covid-19."
The Guardian newspaper concludes "Trump failed the biggest test of his life."

Now Trump is doing what he does best--looking for a scapegoat! He first blamed Barack Obama, the United States' first African American president: "We really inherited bad tests. These are horrible tests. And it was broken. It was all broken. And we fixed it,” Trump said at the White House briefing on April 1, even though Covid-19 coronavirus DID NOT EXIST when Obama was president.

Even when the pandemic was already raging, he said the states were on their own, and New York didn't need the ventilators Gov. Andrew Cuomo pleaded for. Is this the behavior of a commander in chief during crisis?

Trump ALWAYS PASSES THE BUCK. Stand up and say enough is enough. Call for Trump's resignation and support W.H.O. and Tedros.

Remember, Trump is the same guy who doesn't accept the science of global environmental devastation and pulled the U.S. out of the Paris Accord. Now he wants to destroy W.H.O., which helps combat global pandemics.