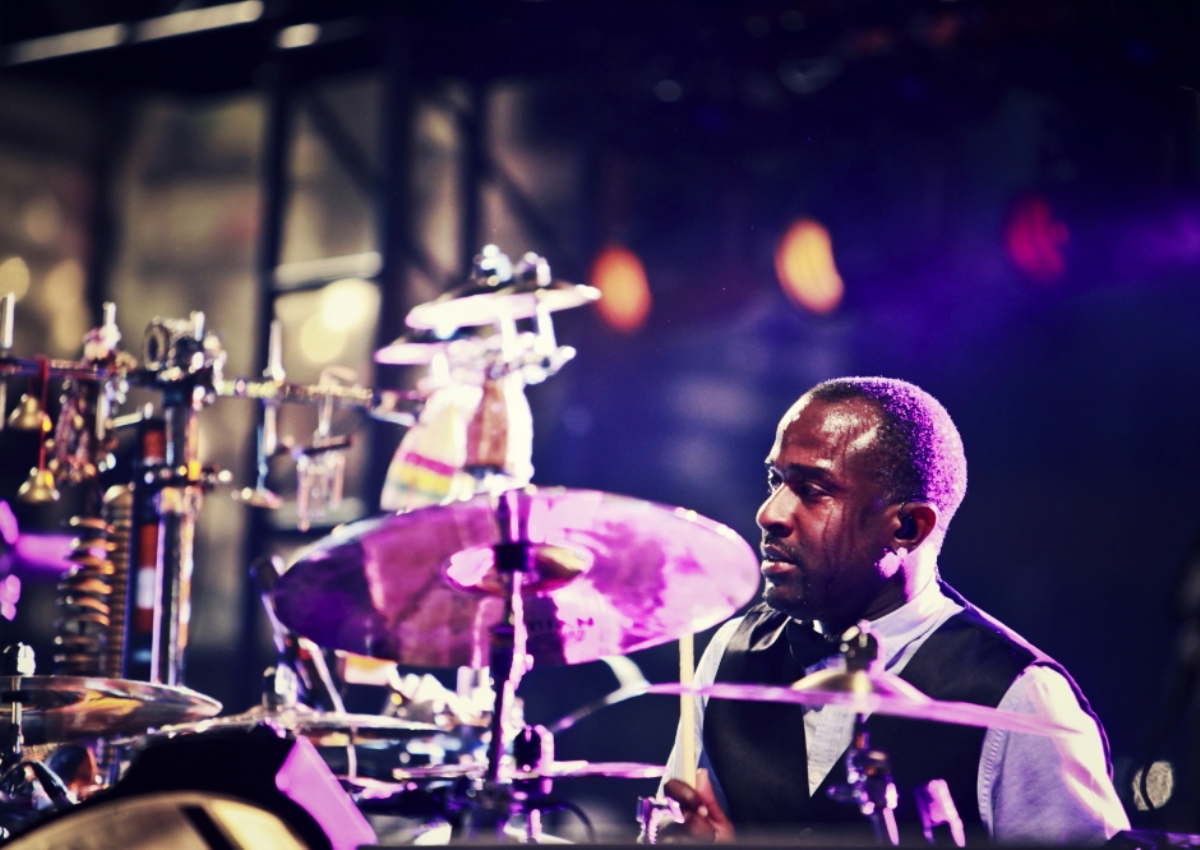 "I was born in Philadelphia.." and the rest is history as they say. But, for Brian it was the persistence he had instilled since first picking up a drum stick at the age of 5 that has made him one of the most legendary drummers in the music industry.

Over the span of his career, Brian has worked with the likes of Aaliyah, Ginuine, Janet Jackson, Usher, Christina Aguilera, just to name a few.Brian most recently closed out a 2 year run with Justin Timberlake on the 20/20 Experience World Tour.
When Brian isn't on stage, he is sharing his vast knowledge with "BFM Consultations" - a personal or group session where Brian's knowledge of life in music is shared along with a drum lesson!
In the music industry, Brian is one of the best and most sought after drummers. He has created a career that needs to be celebrated with a cover and spread in Modern Drummer Magazine.