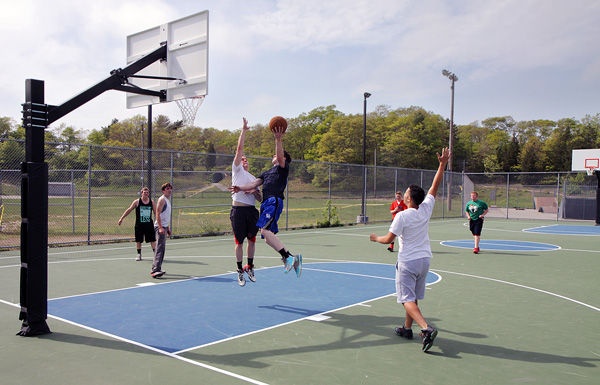 Jason Comoletti passed away in a car accident Wednesday, June 14th shortly after leaving work. He was a funny, athletic, and respectful young man who's life was ended much too soon.

Jason loved playing basketball, especially on the outdoor courts behind Bourne's Community building. Friends of Jason's had brought up the idea of getting these courts named after him, so we've started a petition in hopes of making this happen! He played on the courts the very first day they opened with his twin brother Adam (pictured), and has been playing there ever since.

Please sign this petition so we can make this happen in Jason's honor!