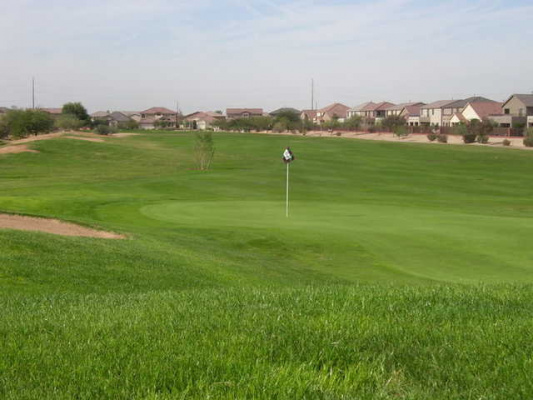 Cottonfields Petition to Improve Property Values and Quality of Life

Whereas the members of Cottonfields Community (“the community”) invested in the community under the presumption they were investing in a gated golf course community with a reasonable expectation that their property values would be reflective of the same and protected by the relevant provisions of the CC&Rs.

Whereas the members of our community reasonably relied on representations in the CC&Rs and the REMA incorporated therein by reference that no portion of the property as originally defined in the community’s founding documents as golf course or open space (“golf course”) could be converted to any alternative use without an affirmative vote by 2/3 of the homeowners in the community (“requisite vote”).

Whereas no single duty of the HOA board and its attorney has a greater impact on homeowner property values and quality of life in the community than strict enforcement of the maintenance requirements and use restrictions of the golf course.

Whereas the community’s prior HOA attorney served the community well for a number of years advised a prior configuration of the HOA board against, and refused to participate in implementation of, a proposal to convert a portion of the golf course commonly referred to as the driving range to any alternative use because the authority to do so derived only from the requisite vote, which was not obtained.

Whereas the HOA board terminated the prior HOA attorney because of her refusal to participate in the scheme to convert the driving range to an alternative use without the authority of the requisite vote, and was replaced with Troy Stratman.

Whereas this community has lost confidence in Mr. Stratman and feels that he is irreparably conflicted because of his involvement in the unauthorized settlement agreement.

Whereas the prospect of a development bonanza created by the settlement agreement has created perverse incentives under a private ownership scheme against the maintenance and operation of the golf course property as a golf course or as open space, as evidenced by: (1) the current closure of the course, (2) the discontinuity of operation of the course in recent years, (3) and the extreme neglect of the lakes, trees, vegetation, and open space generally, along with the harmful effect the same has had on the wildlife that depends upon it.

Whereas the failure of the golf course as a golf course and the extreme neglect of the open space is an unacceptable detriment to homeowner property values and quality of life in the community and has also resulted in discord and conflict among neighbors in the community.

Whereas an abundance of case law supports the proposition that an agreement entered into by parties who lack actual, implied, or apparent authority fails.

Whereas time is of the essence because homeowners’ rights in matters such as these (those prescribed in CC&Rs) may be forfeited if defense of those rights is unreasonably delayed until such time as to do so would harm others – for example after imminent construction begins on the driving range.

Whereas the homeowners’ property values and quality of life in the community require the HOA board to (1) implement a policy of strict enforcement of the maintenance requirements with respect to golf course; and (2) take such actions as necessary to vacate the unauthorized settlement agreement expeditiously.

Whereas the community has determined that the HOA board moving to vacate the unauthorized settlement agreement is preferable to the alternative of a homeowner suit (a class well in excess of 50) against the HOA board because: (1) fairness and equity demands homeowners not be burdened with the responsibility of correcting the HOA board’s error, (2) a homeowner suit would be the least cost effective, likely bankrupt the HOA, and may result in the HOA becoming uninsurable in the future, and (3) a homeowner suit may implicate former board members in their individual capacities thereby creating further disharmony in an already divided community.

Wherefore, it is the consensus of the community that the board should immediately terminate HOA Attorney Troy Stratman and retain such other attorney which is committed to the following:

Wherefore, in addition to retaining new counsel to expeditiously achieve the objectives above, it is the opinion of the community that the HOA Board should: (1) establish a communications board to ensure that every member of this community is kept up to date on issues and is aware of times and dates of HOA meetings well in advance, (2) establish a property value and quality of life committee to manage and enforce compliance with use restrictions and to research and make recommendations on effective golf course and/or open space management in the event the golf course should be transferred to the community.

Wherefore, it is the sentiment of the community that any HOA board member who opposes or is otherwise uncomfortable with vigorously and urgently pursuing the property value and quality of life preservation objectives set forth by the community herein should announce his/her intent to resign and make recommendations to the community on a qualified replacement.