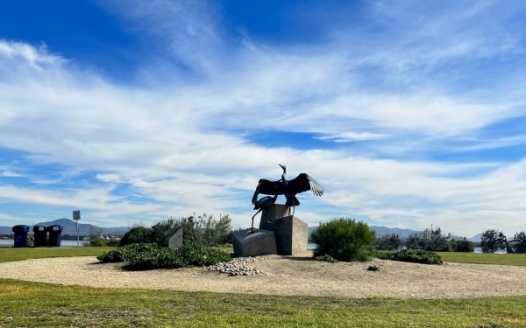 No Cottages at the Cays! Support a future park!

523 people have signed this petition. Add your name now!

Please sign our petition opposing a developer’s latest plan for 41 RV-style “cottages” and two multi-functional buildings on North Grand Caribe Isle in the Coronado Cays. The developer initially called the proposal a RV-Resort but changed the project title to “Cottages at the Cays” after negative feedback from the public regarding RVs and trailer parks. However, the design of the units remains exactly the same! The units would be rented like a hotel room since residential units are not allowed to be built on Port-controlled land. Allowing this development to be permitted and built would restrict no-cost access to the bay for the public, negatively impact North Grand Caribe Isle and the surrounding community, and isolate/negatively impact the Coronado Cays Yacht Club. We OPPOSE commercial development at the boatyard on North Grand Caribe Isle. We SUPPORT making this land part of Grand Caribe Shoreline Park and the Port’s Green Necklace connecting parks and open spaces around the bay’s 50 measurable-miles of shoreline.

Support our cause and fight against developing North Grand Caribe Island! The inescapable conclusions are that the proposal would: