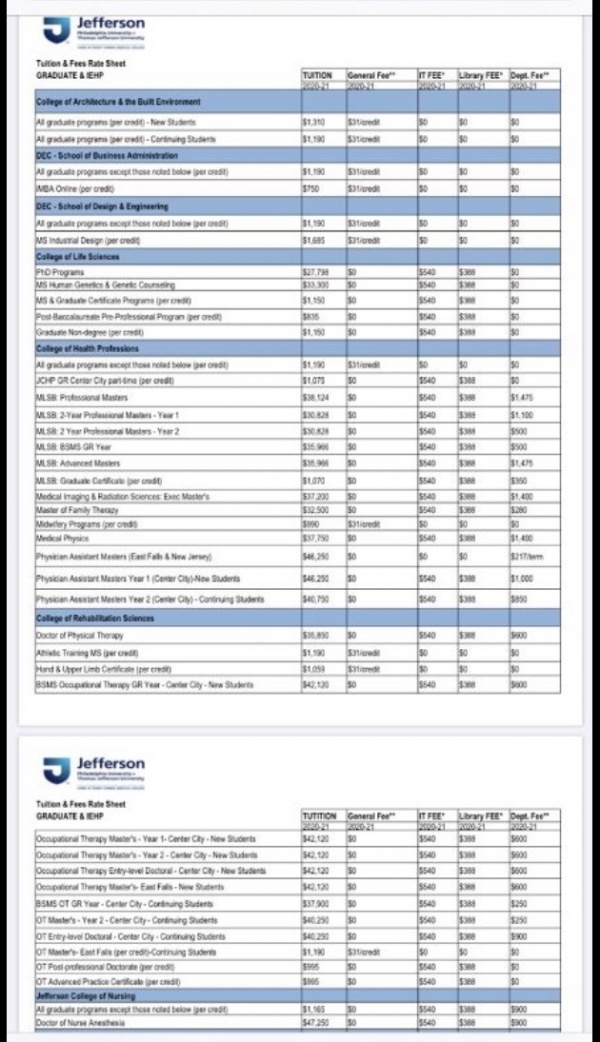 The TJU PA Program is a 27 month program. This program is split up into what is called “two years”, although the first “year” is technically 15 months and the 2nd year is exactly that, 12 mos. Historically the first 15 months (aka first “year”) is more expensive than the 2nd year due to the fact that it is longer. TJU “year” one tuition was originally 46,250$ and year two was 40,750$ (document attached). The university announced a tuition freeze via email on the 30th of April, 2020 in order to “assist all of our students during this challenging time.” Instead of assisting TJU PA-S Co’21 this tuition freeze caused our year two cost of tuition to increase by 5,500$, making it the same cost as our “year” one tuition, which is actually 15 months not a year. The freeze was supposed to lower our tuition and has done the exact opposite. We are being charged the same rate for 12 months of school that we were charged for 15 months of school. We ask that our tuition be corrected to the appropriate cost.