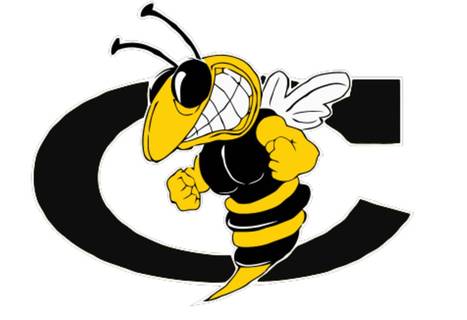 As many are already aware, Cook High School administration has released its decision to do away with all cords at graduation with the exception of the gold scholar cord presented to honor graduates. This is an idea that has been floating around for years, but has always been met with stark opposition. In the place of cords and stoles traditionally worn during the ceremony, students will be allowed to wear the honor graduate stole and pathway completion pins only. This decision only celebrates students whose achievements are academic in nature, and neglects to recognize those who have excelled in any other capacities.

Administration’s primary justification was cited that the prestige of the honor cord is degraded by the adornment of a variety of cords. However, is it the overwhelming consensus of the recipients of the honor cords that academic and extracurricular achievements are not mutually exclusive, and a more holistic representation is absolutely in order to celebrate the hard work and dedication of each and every student.

For four years, we have strived to represent our school well and be actively involved in as many community outlets as possible. For four years, we have competed to distinguish CHS from other schools in our state and our nation. For four years, we have sought to leave a lasting legacy of superior achievement for our class and for our school. Cords and stoles are traditionally worn at graduation ceremonies as symbols of the accolades and accomplishments earned by students throughout their four years of high school. They provide the student with an opportunity to exhibit all their hard work. Pins are not nearly as conspicuous or noticeable from the stands, they are more easily traded and lost, and they do not look as distinguished. Additionally, the bib added to the graduation robe for the purpose of displaying pins is simply tacky.

Students of the past have always worn their stoles and cords proudly on graduation day. How can the work of a student from one graduating class be recognized and exalted above a student from the class of 2016? What of the longstanding tradition of stoles and cords? What of the students that have looked forward to standing proudly with their graduation robe adorned with many cords, much like their parents did on their graduation day?

What of the students who may not have necessarily maintained a grade point average that warrants the title “honor graduate,” but have still worked tirelessly and excelled in other endeavors? Albert Einstein once said, “Everybody is a genius, but if you judge a fish by its ability to climb a tree, it will live its entire life believing itself to be an idiot.” Not everyone achieves honor graduate status, but that does not mean that their other achievements are any less important or noteworthy. Community service deserves recognition. Outstanding club members and officers deserve recognition. Work Based Learning and Dual Enrollment students deserve recognition.

In short, the class of 2016 is outraged at this oversight of all of our achievements, especially noting the disregard of our opinions concerning our graduation attire. We have worked as hard as any class to reach our graduation day. Why should we graduate in a manner less congratulatory? Like every class before us, we deserve nothing less than cords and stoles.