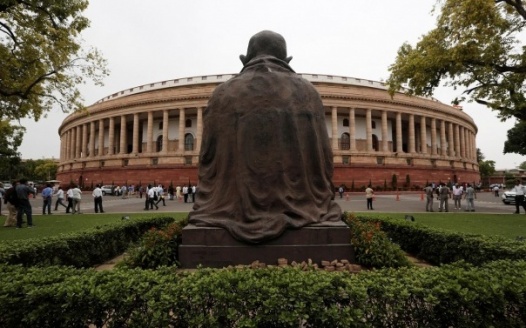 Literally every major democracy in the world has convened its Parliament through the Covid-19 crisis. Except India.

Any decision making process must involve ALL stakeholders and representatives of the people. In India, the Modi government has made a concerted effort to bypass the Opposition and rule with a decree.

While the last Parliament session was kept ongoing till the day of the lockdown, the Modi government sneakily passed ordinances related to PM CARES, taxation, Covid-19 and other issues bypassing Parliament. These ordinances could very well have been introduced in Parliament as Bills a week earlier.

Even during the migrant crisis, the Modi govt refused to allow the Opposition and the Parliament to discuss the issue & solve it. This resulted in the unfortunate deaths and starvation of thousands of Indians.

Along with the pandemic, we now have a major conflict happening on our borders. And yet, there has been nothing but lies & obfuscation coming from the government. The Parliament has been kept out of the loop entirely to ensure that there is ZERO accountability.

We NEED to have the Parliament gather together and find solutions to these problems. We NEED the Modi govt. to be accountable to fellow Indians and their representatives. We are NOT a dictatorship and we cannot allow our democracy to be muzzled in this manner.

Without Parliament, the Modi govt will keep passing ordinances (without debates) and further try to make laws bypassing the system. This is extremely dangerous. And that is precisely why the govt is avoiding a Parliament session.

And remember - we want a REAL Parliament session & NOT a virtual one. The Modi govt has been pushing for a virtual session so that they can mute the microphones of Opposition leaders every time an inconvenient question is raised. Virtual Parliament is merely an excuse to throttle non-BJP voices by muting them.

There's enough space for Parliament to convene with social distancing. If there's a lack of space, convene the Parliament inside a specially-converted stadium.

Please help prevent our country sliding further into dictatorship and ensure that the govt is accountable to the people.

I request all of you to sign this petition & share it with everyone you know demanding that the Parliament be convened immediately and that the voice of the people and the Opposition is heard during this time of crisis.