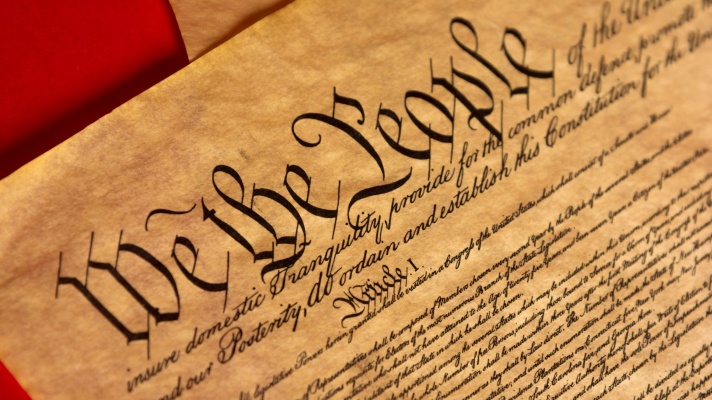 212 people have signed this petition. Add your name now!

The right to life, liberty, and the pursuit of happiness are birth rights of American Citizens endowed by our Creator. From these endowed rights flows the rights to assemble, speak, worship, petition the government for redress of grievances, to keep and bear arms, to possess and use private property, and to pursue one’s livelihood without restrictions on mobility and travel. To preserve these rights, Americans voluntarily give certain powers to the government. The power of the government is to be limited. Civil liberties cannot be taken away or diminished by the government without due process of law. When the government takes it upon itself to restrict freedoms using the argument of a “compelling state interest” (as it has done this past year) it must do so under the standard of “strict scrutiny.” This means it is to use the most narrowly tailored and least restrictive means possible to achieve the interest that is so compelling. Does “least restrictive” describe the actions of the government over this past year? Has the original compelling state interest of “flattening the curve” been achieved? If yes, why are civil liberties yet curtailed?

We the People are being forced to walk a path toward authoritarianism. Those who dismiss this claim believe the restrictions implemented to mitigate the SARS-CoV-2 pandemic were done so with good intent and for a temporary season. But we assert that the consequences of what were packaged as mitigation techniques either were or have become tools in the hands of tyrants.

It is our contention that between an authoritarian state and We the People stand two entities: law enforcement (in particular, county sheriffs) and our county commissioners.

We acknowledge that county commissioners have been placed in a difficult position. You, too, are encountering the cruelty of a growing authoritarian state. Both the elected and unelected autocrats and bureaucrats at the state and federal level – use you as pawns to enforce their orders. Like us, you are expected to do what you are told or suffer the consequences. Dissent and rigorous debate – hallmarks of a democratic republic – are not only discouraged but refused. We acknowledge that in addition to the coercion put upon you from the power of Harrisburg and Washington, you also face the pressure of citizens who have fallen fearfully in line with the orders from above. We the People contend that a situation such as this requires not that you bend to the pressure, but rather that you rise to the occasion. Instead of viewing your role as that of an enforcement arm of Harrisburg and Washington and comforter of the fearful citizen, you have both the opportunity and duty to remember your proper role: leaders of our county, a voice of reason in a time of irrationality. It is incumbent upon you to lead, not follow, in times like these. To remember, not forget, that the role of any local representative is to be on the front lines of protecting and preserving the liberties enshrined in our Founding Documents. It is you – our county commissioners – to which we now turn and to whom we plea: take the position of true protector of the civil liberties of We the People.

The “new normal” forced upon us and you has led us to a place of less freedom, not more. It has ushered in more fear, not less. The “new normal” is a societal structure in which everything we do is inspected – and either approved or denied – by the government. Every citizen who resides in your county is obligated to interact with the state and its mandates on a daily basis. And every citizen who resides in your county faces potential negative consequences at the hand of that same state should they fail to interact in the prescribed manner. The governed now live at the consent of the government, a government which extends – or denies – permissions to the people. We the People face the scrutiny – daily - of a surveillance state. This same surveillance state, in the name of health and safety, has pitted citizen against citizen, communicating to those who comply that they are moral and those who question are not. Around the corner of “new normal” stalks an entity called, “vaccine passport.” Should the government impose upon We the People such a heavy-handed mandate, it will represent the final blow to the battered Constitution. A vaccine passport will restrict the mobility and the right of citizens of the United States of America to participate in the marketplace. Whether it is implemented directly by the government or indirectly by the businesses and corporations that have been intimidated by that same government is irrelevant. The bottom line remains the same: the constitutional liberties, civil rights, and privacy of a once free people shall be terminated should vaccine passports become the “new normal” requirement. It will not matter if a citizen possesses or does not possess the passport. In both cases, the civil liberties of each will be lifeless.

The “reimagined” world of the “new normal” embraces concepts with unimaginable consequences. Consider the combined effects of bail reform, greater restrictions upon the 2nd Amendment, the “defund the police” movement, and the woke measures being taken within the military to purge from its ranks those with conservative views. Where could this lead? This is but one example of what is becoming a common occurrence: the government – at both the state and federal levels – acting in a way contrary to the best interest of We the People. It is here in this moment of time that We the People look to you to be the thin line that protects us from the greatest threat we face: our own government.

In centuries gone by, those who faced oppression had the option of fleeing and beginning a new life in a new world. That option no longer exists. The pilgrims, the puritans, the constitutionalists, and conservatives of the post-modern world have no choice but to remain. There is no place to flee. There no longer exists a place in which we can live our lives free from a government intent on replacing liberty with control. Thus, we approach you with an earnest plea: Stand for us. Stand with us. Be brave. Be leaders who instill confidence in the fearful by speaking bold words of truth against what is wrong and for what is right. Will there be a cost for such courage? Indeed, there may be. But a much greater cost is certain if our local governments fail to stand and act: the death of our free republic.

And what shall be the conclusion of this petition? It is this. Proclaim McKean County a constitutional sanctuary. Declare – through the power of the actions of this body – that ours is a County that will abide by the law of the land as expressed in letter and spirit in the Constitution of the United States of America. Affirm – through the power of the actions of this body – that this is a County which stands for the rights to assemble, to speak, to worship, to petition the government for redress of grievances, to keep and bear arms, to pursue our livelihoods unencumbered by burdensome government mandates and intervention. Stand – through the power of the actions of this body – for the concepts of liberty and private property, acknowledging that the government has no constitutional right to force citizens to close their businesses, to shelter in place, or to restrict the mobility and participation of citizens who refuse to be injected with an experimental drug touted as a vaccine against their will. Nullify – through the power vested in the role of county commissioner – mask mandates and the punishments you have been forced to lay upon the backs of citizens by agents of the local health department. Announce to the citizens of this County, the powerholders in Harrisburg and Washington D.C., and to the entire world that here is a County that is done being pushed around and robbed of life, liberty, and the pursuit of happiness by power hungry magistrates far removed from the actual people who reside here, in McKean County.