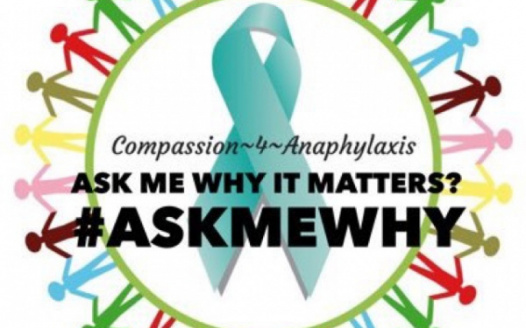 Comedian George Lopez Must Apologize to the Food Allergic Community

A recent YouTube video was poted wherein Comedian & Actor George Lopez went on a tirade about those with peanut allergies. To summarize those with them are an inconvenience and not his problem. He went on to say and I quote "F him" when referring to peanut allergic people on flights and said "and next time go greyhound with all the other nuts" along with also implying Latinos don't have peanut allergies. As an outreach program that has seen the devastation to families after losing loved ones to peanut allergies this was a horrific video to see. With 15 million Americans living with life threatening allergies at least 6 million are kids. Though comedy is supposed to be funny making fun of an illness that can cause anaphylaxis leading to death is not funny at all. We DEMAND a formal apology be issued by Mr. Lopez to the entire community of food allergics and others who may be impacted by anpahylaxis . He runs a foundation for children and we are hard pressed to believe that at least some of those who benefit from his foundation aren't affected by potentially life threatening food allergy. What would you say to them Mr. Lopez? Would you make these same jokes about a patient with other life threatening illnesses? Sign now to show George Lopez this is not a joke and give him an opportunity to become educated on why jokes like these should not be normalized.