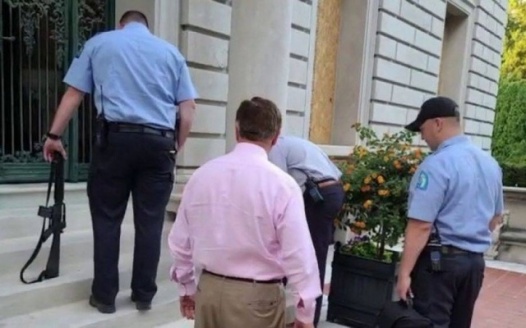 Last month, BLM protesters broke a gate to enter private property. The owners of the store property, Mark and Patricia McCloskey, received threats to their lives and property from the group (after weeks of other protests and violent riots in the area). They exercised their constitutional 2nd amendment rights by wielding two firearms on their property. No one was hurt. Now, St. Louis has executed a search warrant and seized their semiautomatic .223 caliber rifle and a hand gun. According to the Castle doctrine in MI as well as the 2nd Amendment, this is unjust and we must stand up for our constitutional rights. I want this petition to be signed by Americans that want to uphold the laws of the land.

Update: the handgun was inoperable and could not be fired when brandished and confiscated. The ACA Chris Hinkley has them reassemble it and submitted FALSE evidence.https://news.yahoo.com/prosecutor-falsely-claimed-patricia-mccloskey-164020254.html