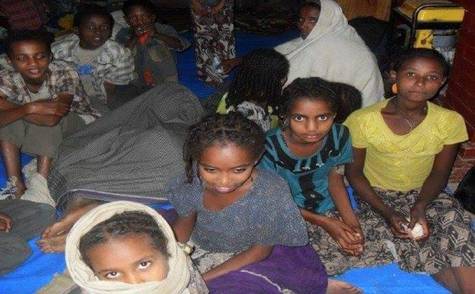 1550 people have signed this petition. Add your name now!

We are presenting this petition in order to express our deep concern with the misguiding statement of the European parliament report on the people of Amhara in its recent resolution—European Parliament resolution on the situation in Ethiopia (2016/2520(RSP). Although we wholeheartedly appreciate most of the statements the EU parliament has made, we are disappointed with the following section, which, we felt, is negatively impacting the image of the people of Amhara: “E. whereas Ethiopia is a highly diverse country in terms of religious beliefs and cultures; whereas some of the largest ethnic communities, particularly the Oromo and the Somali (Ogaden), have been marginalized in favor of the Amhara and the Tigray, with little participation in political representation.” This statement is misleading and way far from the realities the people of Amhara are facing today. The truth is that the Amhara are victim of an all-embracing discriminatory policies of the ruling Tigray Peoples Liberation Front (TPLF) government. While the Amhara are one of the most disadvantaged ethnic groups in the country, disappointingly the EU parliament regarded them as part of the exploiters and oppressors of the Oromo and the Somali, as indicated in this statement: “particularly the Oromo and the Somali (Ogaden), have been marginalized in favor of the Amhara.” This statement is severely erroneous. It contradicts with the realities on the ground. Rather, the Amhara have been targets of genocidal acts across different parts of the country at different times. The TPLF, from its onset to struggle in the forests of Tigray, documented in its manifesto that the Amhara are entities to be eliminated from the face of the earth as they are “historic enemy of Tigray.” That manifesto has been fully practiced ever since, and is very active as we write this complaint. The fact on the ground shows that TPLF has been very busy organizing all ethnic groups in Ethiopia against the Amhara for the past 40 years. Such campaign has now come to fruition and the Amhara are at a risk of either being totally eliminated or reduced into insignificant minority. Particularly, for the past 25 years Amhara have been subject to mass murders (genocidal acts), ethnic cleansing, mass displacement, mass arrest, torture, intimidation, property confiscation, blockage of employment opportunities and professional mobility, defamation, and debilitation in all respects—all happening not as a result of particular events but as the duty of active state policies. It is, therefore, unacceptable to label the Amhara people as part of the problems to the people of Somali and Oromo. There is no reason to take Amhara as an ally of the TPLF tyrannical rule in which the Amhara themselves are a victim.

Therefore, we kindly demand the EU parliament to retract its misleading statement and make corrections based on this suggestion: “E, whereas Ethiopia is a highly diverse country in terms of religious beliefs and cultures; the largest ethnic communities, particularly the Oromo, the Somali (Ogaden), and the Amhara, have been marginalized with little participation in political representation.”