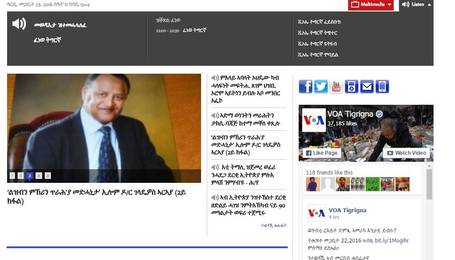 661 people have signed this petition. Add your name now!

We, Amharas (one of the largest ethnic groups in Ethiopia), are making this online petition against Adjunct Associate Professor Ghelawdewos Araia, who is working at Lehman College in African and African-American Studies. The Professor has given an interview on 24 March 2016 to the Voice of America Radio Program in Tigrigna language. During his interview, he cited a book originally written in The Portuguese language by Manoel Barradas and translated to English by Elizabel Filleul. The book is translated into English language and titled as ‘Tractatus tres historico-geographici (1634): A seventeenth century historical and geographical account of Tigray, Ethiopia (Aethiopistische Forschungen)’

In the interview, the Professor deceived the radio listners by deliberately twisting a true historical account recorded by the original writer. He said that the Tigray province of Ethiopia in the 17th C has been large enough to include the Wolkite Tegede area (an area which is forcefully annexed by the current ruling party from its original owner- the Amhara people). As it is clearly depicted in the first chapter of the above-cited book, the Tekeze River has bounded the Tigray Province, and the Province has never transcended beyond the Tekeze River to include the Wolkite Tegede territory. Despite the clear language that the writer has put the territorial limit of the Tigray Province, the Professor has shown a propensity towards the illicit territorial claims of the ethnic group that he belongs. And in fact, it is an apology for the people that has been committing grave human rights violations against the Wolkite Tsegede Amhara People for the last four decades.

The Professor has inaccurately cited the book to favor his ethnic group and to vilify the legal claim of the Wolkite Tegede Amhara people who has been living in the area since time immemorial. As an academician, his role should have been opening a platform for discussion and accurately referring an authority to underpin his views, or rather claims for that matter. However, for the sake of the Tigray ethnic group to which he belongs to, the Professor intentionally and unreasonably fabricated a false information out of a blue sky and claimed as if it is included in the above-cited book. Hence, the Professor compromised his academic integrity and committed an academic crime.

Therefore, the followings are our requests:

Voice of America Radio, Tigrigna language Program Department: You should consider the ramifications of such irresponsible way of reference, which will surely not go unnoticed by the public. As for the undersigned and the millions who attended the interview, we have lost confidence in the credibility of your programs. We hope you are interested in regaining this confidence and look forward to your correcting the problem. Therefore, either you can prepare another program by your own personnel to rectify the improper citation and/or request the Professor to ask an apology for his misdeeds.

Lehman College in African and African-American Studies: This specific instance is enough to question the academic integrity and impartiality of the Professor. Therefore, we request the College to investigate the case and to take measures warranted by its Rules and Regulations. Moreover, we request the college to start an investigation regarding the academic credentials and credibility of the Professor’s previous works.