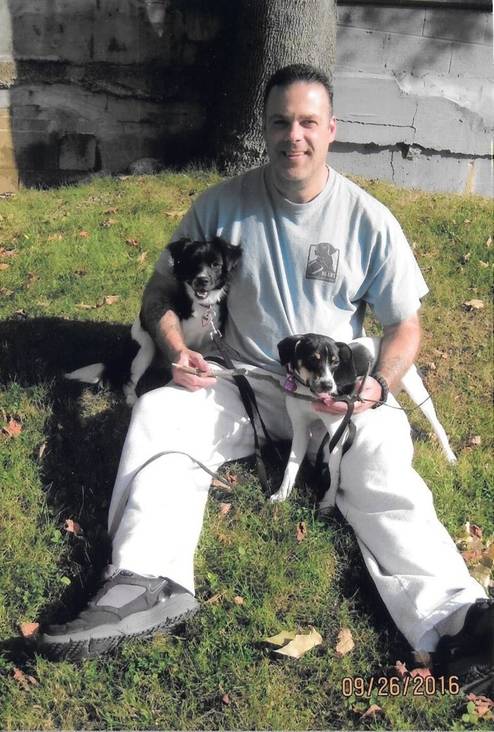 Commutation for Dennis A. (Tony) Ciampi

This is a petition calling on Governor Charles D. Baker Jr. of Massachusetts to grant commutation for Dennis A. Ciampi. To grant him the freedom that he has earned while incarcerated. The definition of commutation: is the conversion of a legal obligation or entitlement into another form, in this instance I am asking for parole on my remaining sentence.

I have been incarcerated for twenty years for two counts of unarmed robbery and a stolen car. Although I was in trouble with the law from an early age, I was not, and could not have been charged as a habitual criminal. I was given such a long sentence (26-35 years) because of my failure to take responsibility for my crimes. I was abusing drugs and alcohol at the time I committed these crimes and had abused them since the age of eleven years old. The result of this early onset of drug and alcohol abuse indeed fueled my criminal behavior and destroyed my own life, and the lives of my family and friends. It also had a horrible effect on my many victims, and the community I wanted to be a part of. I am truly sorry for all the wreckage I had left in my wake and am grateful for the opportunity to live a respectable, clean and sober life in the near future. I am asking that my sentence be commuted to make me parole eligible now rather than four and a half years from now. Since my incarceration, I have participated in many programs to better myself and help me adapt to a positive way of life when I’m released.

One of the programs I’ve been involved with over the last four years is the NEADS program. This program takes strays and puppies bred for service, and trains them to assist disabled or deaf individuals. I am currently training a yellow lab named Lucy to be a hearing assistance dog. She is my eighth dog, and I am very proud of the skills I have acquired to train these dogs to help those who are disabled in the communities around the state, and country. The ability to train dogs is not all I’ve received from this program, I have also learned patience, self-confidence, communication skills, and how to take on lots of responsibilities (teaching other inmates, maintaining canine medical records, and equipment maintenance) on a daily basis. I plan to continue in this line of work when I’m released. I want to give back to my community as much and as often as I can with the life that I have left.

I have also participated in the Garden Program for the past two years from April to October, while incarcerated, and have learned a variety of things while learning to grow my own vegetables. The care and attention that a garden needs is not something one can take lightly. Attention to detail is essential for a successful garden, and team work. Being able to work with other inmates in the garden plot, helps with negotiation, cooperation, and collaboration skills. Eventually reaping the rewards of a successful harvest. I am currently engrossed in my second season in the garden.

I have also participated in the following courses:

Thinking for Change; making cognitive decisions on not following the criminal path

Alternatives to Violence both basic and advance courses: learning to react in a healthy way instead of resorting to violence

AA meetings once a week

I am on the waiting list for the following courses:

What I need now from all of you is your support in signing the petition.

In signing this petition, you support Dennis A. (Tony) Ciampi’s application of commutation for parole from Governor Charles D. Baker Jr of Massachusetts. This is based on the amount of time already served (20 years) for a sentence of 26-35 years, for two counts of unarmed robbery and a stolen car.

At the time of sentencing the total amount of damages to the community was less than $10,000.00. As reported by CBS News on April 23, 2012, the average cost to house a prisoner was anywhere from $30,000.00- 60,000.00 per year, depending on the state that a prisoner was housed in. Of course, this was in 2012, nothing has gotten cheaper, and in some the costs to house prisoners has doubled, sometimes tripled in some states. After 20 years of being incarcerated for two unarmed robberies and a stolen car, the state of Massachusetts has spent $900,000.00 dollars to rehabilitate me, if you look at the average mean of the figures I have provided.

Through my rehabilitation efforts while incarcerated for the last 20 years, I am truly ready to be a contributing member of a community, and a life as a citizen of the state of Massachusetts.

Your support is appreciated!