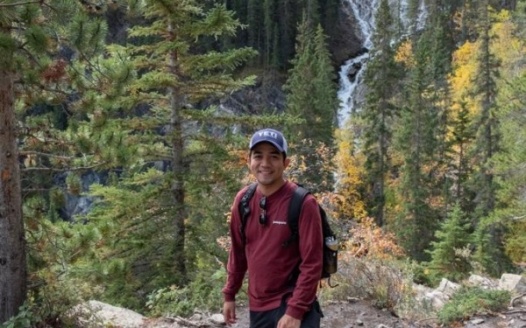 This letter is a show of community support for Marc Angelo Cordero Bedano. We have been informed that there is a possibility of Marc not being allowed to stay in Canada permanently and that there is a possibility of him being removed from Canada. We want to show Immigration Canada that removing Marc from Canada and separating him from the life he has built here would be very difficult for him, his family, his friends, his community, and especially for his young daughter, Mikaela.

Marc first arrived in Canada in 2019 as a student, and he has been a contributing part of the Canadian community since. Marc is an immensely hardworking individual. He has been working diligently to ensure that he could be financially stable and be contributing parts of our community as soon as possible. Marc arrived here to further pursue his education, find a better life for him, and to be in a better position to shape the future of his family. However, he currently finds himself in a place where the future appears to be dull and gloomy. We request that you consider his pleas based on humanitarian grounds, consider the best interest of his daughter, and accord permanent residence to him.

Marc’s mother and sisters are here in Canada. He has informed that his family would be disheartened if he is forced to return to the Philippines at this juncture in life. Marc has undergone an ordeal which, on normal accounts, will cause a person to break down. He, however, stands apart from the crowd and is investing his immediate future to adhere to the legal requirements of Canada so that he can continue to be a part and parcel of his and Canada’s progress. We empathize and sympathize with his situation and request that emphasis be paid to his age, profession, experience, and his family.

For some it would seem a short time, but Marc treats Canada as his home. It goes without saying that, after dedicating several years towards establishing himself here, Canada has become his one and true home. His establishments, associations, and accomplishments have been here. We support Marc’s aspirations and request that he is allowed to stay where he belongs. Please let him continue working towards building his future in Canada, a place that he already calls home.

To be denied permanent residency and asked to leave our country would bring great hardship and heartache to Marc and his family, especially during this time. Removing him from Canada would cause a distressing situation for them. We do not want to lose such a compassionate and driven individual; his full potential is yet to be uncovered.

Marc is a family-driven individual who cares deeply and loves his family unconditionally. The pleas for the humanitarian and compassionate grounds application rest greatly under the best interests of his family, especially his daughter. Without a shred of doubt, we find Marc to be an honest and respectful individual and know that he already treats Canada as his home. If removed, due to the underemployment and unemployment situation in the Philippines, due to his age and lack of recent experience in the country, it would cause Marc painstaking efforts to re-establish himself in the Philippines, if that were even possible. We know that Marc would experience considerable dislocation and it would be very difficult, if not impossible, for Marc to find gainful employment if he were forced to return to the Philippines. If he is not accorded permanent residence, he would experience considerable hardships.

In his time spent here, Marc has fallen in love with our country and has become accustomed to our way of life here. He has become an essential member of the community. He makes friends wherever he goes and knows the importance of communal involvement. He is active on the lookout to contribute more time towards community development. This bright individual’s prospects and potential would be limited if he could not remain in Canada permanently.

Canada has provided him with a haven which he could never have imagined back in the Philippines. His absence would be significantly felt throughout the community. We would be worse off, as a societal group, if he was forced to leave us. Marc treats us as his family and community. Please do not let us be separated from one another.

Marc is a prime example of what Canada stands for, a rich cultural diversity. Removing him from Canada would be an unspeakable hardship for him, his family, his friends, and his community. He is a valuable and contributing member of society and community. We know that he will continue to give so much more when he is permitted to stay in Canada permanently. We do not want to lose an exceptional individual with the caliber and potential like him.

As a community, we support this application for permanent residency based on humanitarian and compassionate grounds. Please allow Marc to stay in Canada. Every person undersigned here joins in this request.