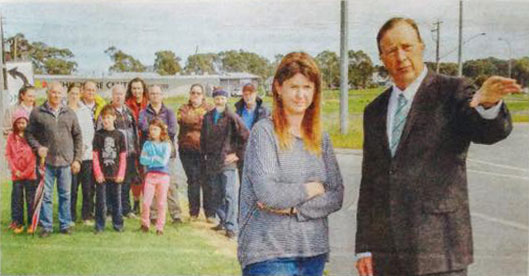 Dear Premier Napthine, Minister Mulder, Mr Perera, & Mayor Ablett,
I’d like to draw your attention to an issue that is of grave concern to and opposed by the residents in and around Lynbrook & Lyndhurst. As a part of the proposed Western Port Highway upgrade project, there are proposals to close a number of local tributary roads - including Northey Road, which is a significantly important connector between Lynbrook & Lyndhurst and one that local residents rely on daily.
We the undersigned oppose the closure of Northey Road as we will be adversely affected along with thousands of other local residents.