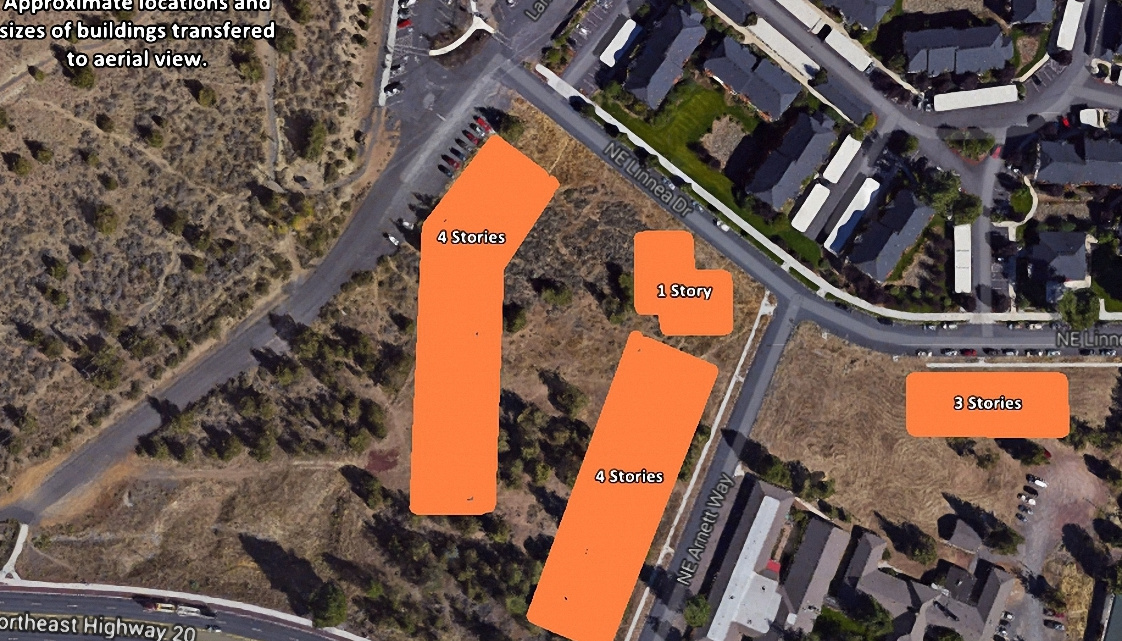 Re-open public input for the proposed apartments at 2001 NE Linnea, Bend, OR

Four story apartments within feet of the property line of a State Park is a bad idea under any circumstances. The City of Bend giving the developer of these apartments permission to exceed city code in the the height of the buildings and other matters was an extremely poor decision. Not making sure the public was involved in decision making was wrong. Follow this link to stay informed: https://www.facebook.com/SavePilotButte

Consider these issues among others:

1. The historic significance of Pilot Butte. It guided settlers from the east to the preferred crossing in the Deschutes River. Tall buildings should not be in the way of this historic view.

2. Parking on the street is filled every day now. Over 15,000 cars go in and out of the trail head parking lot every month. People report many traffic and safety concerns now. The plans for these apartments addresses none of that and will make the problem much worse. Look at the neighborhood. Where will all the cars park? It could end up being six or more blocks away.

3. The local popularity of Pilot Butte. The Butte is a Bend icon that is much loved by my most people in the region and a destination for tourists from all over the world. Property adjacent to Pilot Butte should receive special attention by city planners.

4. The current run down nature of Pilot Butte. It cannot handle the number of visitors it sees now. How will it handle all of these new neighbors and some of the activities they might engage in that are currently not common within the park?

5. Pilot Butte has nearly 900,000 annual visitations and over 67 percent of them enter the park on a street that currently can't adequately handle the amount of traffic it gets (Linnea). What traffic studies have been done and what are the proposed solutions?

6. Oregon Parks and Recreation Department (OPRD) expressed serious concerns about the proposed development on April 1, 2015, well ahead of the 6/4/15 deadline for input. Why were their concerns not factored into decisions that were made?

7. There is controversy about the the public announcements. Citizens do not believe they were adequately informed with many believing the two signs went up after 6/4/15. Even if they did go up before that date, why was no sign placed near the entrance to the State Park where the people most affected by these decisions would see it?

Prior to this petition, over 100 citizens weighed in verbally. No one thought this was a good idea and most are concerned saying it is bad for Bend. That, combined with common sense, indicates that Bend City Planning was not looking out for the interests of it's citizens when it made the decision to allow this apartment complex to exceed city code in the areas mentioned above. Furthermore, we question the wisdom of even zoning this property as "high density residential." It is most certainly rare in Oregon, or any state, for high density housing to ring the entrance to a state park, let alone one of the most popular state parks in the OPRD system and the most popular state park east of the Cascades.