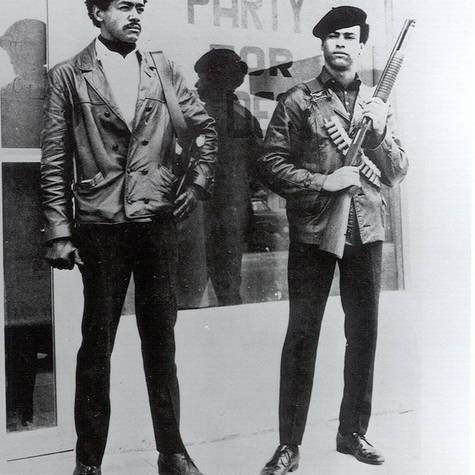 October 15, 2016, will mark the 50th anniversary of the founding of one of the most dynamic and important organizations in the four centuries of the black liberation struggle in the United States, the Black Panther Party (BPP). To celebrate the party's golden anniversary, former members of the BPP, their families, friends and supporters will gather in Oakland, California, where Huey P. Newton and Bobby Seale started the organization in the fall of 1966. The BPP youth and activists all over the world, sparking the creation of Panther formations in the United Kingdom, India, Australia, and elsewhere and Panther support groups sprang up in several European countries.

To understand how this happened, we must go back to August, 1967, when the FBI created a violent and illegal Counterintelligence Program COINTELPRO) to "expose, disrupt, misdirect, discredit, or otherwise neutralize" the black liberation struggle in America. The original BPP became the primary target of COINTELPRO, ultimately resulting in the party's destruction. In the aftermath, members of the original BPP, having "served the people body and soul," exhausted and bloodied by relentless COINTELPRO attacks, including several assassinations, retreated to heal their psychological and physical wounds. Exploiting the weakened state of original BPP members, the NBPP stepped into the void.

Since it was founded in Dallas, Texas, 24 years ago , the NBPP has disrupted reunions of original Panthers. One example occurred in October, 1996, at the 30th BPP reunion in Oakland. Then NBPP national chairman Khalid Muhammad and a contingent of his members showed up, parading flamboyantly through a crowd of reunion attendees. Their presence was a particular affront to members of the original Dallas BPP chapter, some of whom won a lawsuit filed in 1996 that barred the NBPP from using the name Black Panther Party in Texas. They took this action because they believed the NBPP in Texas totally misrepresented the work of the original BPP and after five years of well-documented attempts to get the NBPP to change its name.

In 2002, the new NBPP national chairman, Malik Shabazz, and several NBPP members attended the 35th reunion of the BPP held in Washington, D.C. At this reunion, two former members of the original Detroit BPP criticized the NBPP's website. It featured photos of Khalid Muhammad and Huey Newton, falsely implying that the two men started the original BPP. The website made no mention of Bobby Seale, the actual co-founder of the original BPP. The historical misrepresentation on this website was done deliberately by the NBPP in order to mislead young people who were not alive or too young to remember that Huey and Bobby started the BPP. As the result of the criticism of the website, it was removed.

In October, 2014. 48th BPP reunions were held in Kansas City, Mo., and in Houston, Texas. At the Houston reunion, a NBPP member verbally assaulted and disrespected Bobby Seale.

On August 8, 2015, Dhoruba bin-Wahad, 71, a member of the original BPP in New York and ex-political prisoner, was brutally beaten by membrs of the NBPP in Atlanta--an attack that left him hospitalized with serious injuries. This cowardly assault occurred shortly after Dhoruba published a critique of the NBPP. We want to make it clear that we do not seek nor do we condone any kind of retaliation for his beating. But we also want to make it clear that with this attack, the NBPP crossed a line in the sand--a line from which there is no return.

For 24 years, the New Black Panther Party has purposefully stolen and defamed the true history and legacy of the original Black Panther Party and engaged in shameless verbal and physical attacks on original Panthers. The 50th anniversary and reunion of the BPP will be an historic event. It will be spoiled if members of the NBPP attend. Help us spread this message to the NBPP by contacting Malik Shabazz at attorney.shabazz@yahoo.com or call him at (202)607-3733.

All Power To The People!