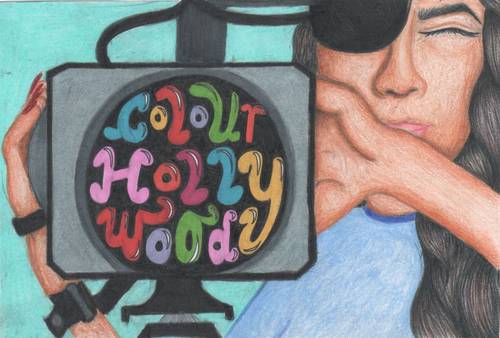 Get South-Asians on the Big Screen!

For many years, Hollywood has been producing award winning movies for the whole world to enjoy. However, of all of these movies, how many have a South-Asian in its cast? Your answer is probably very few. The problem is that Hollywood casting directors and screenwriters are not creating enough roles for South-Asian actors and actresses to be casted in. This petition was created to bring people together to help stop the racism we see in Hollywood.

I come from an Indian background and I was born and raised in North America. So it's safe to say that I grew up watching a lot of Hollywood movies. I want to stop the systematic racism Hollywood has grown so accustom to because I am really passionate about film industry. There are millions of South-Asians around the world who would love to become an actor or actress, but they get discouraged when they don't see people like them in the films they watch. They start to believe Caucasian people be the only successful actors in Hollywood because that is all that is being portrayed. And when they do see a South-Asian on screen, they are usually playing the stereotypical role of a doctor or a taxi driver.

This petition is meant to help stop the problem of systematic racism in Hollywood. It is to inform big production companies that the public is tired of seeing the same race on the big screen. It is time South-Asian actors and actresses get the recognition they deserve. The world needs to see more South-Asian talents because our community is full of them and their talents should not be wasted on stereotypical movie roles.

By signing this petition you will support my movement to get Warner Bros. Entertainment to produce a movie with a South-Asian cast, which will tell the real story of the South-Asian community. You don't even have to be South-Asian take part in this movement! Anybody who believes people of colour should be represented more in Hollywood is eligible to sign this petition! Your signature can change the lives of so many aspiring South-Asian actors and actresses...so will you join the movement?