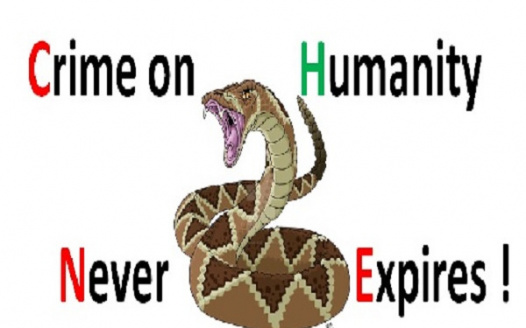 473 people have signed this petition. Add your name now!

The world has seen many horrifying genocides, to mention as examples, the Holocaust during World War II; Cambodian genocide; Rwandan genocide; The Red-Terror of communist military government of Ethiopia can be mentioned.

Some people who committed crime of genocide still live openly or hidden in many parts of the world. For instance, the big Red-Terror actors like Colonel Mangistu Hailemarian (who lives in Zimbabuwe) and Colonel Zeleke Beyene (who lives in Germany) are good examples. Although some genocide criminals, for example Holocaust criminals faced justice, many others are still living out there as if they can escape with their genocide crimes they committed. Crime on humanity never expires.

The purpose of this Genocide Crime Petition is to request the government of Germany to bring to justice Colonel Zeleqe Beyene who currently resides in Germany.

Meanwhile, we request all world justice lovers to sign this online Genocide Crime Petition to send your voice to German government that you, too, are requesting the German government to bring Colonel Zeleqe Beyene of Red-Terror actor to justice.