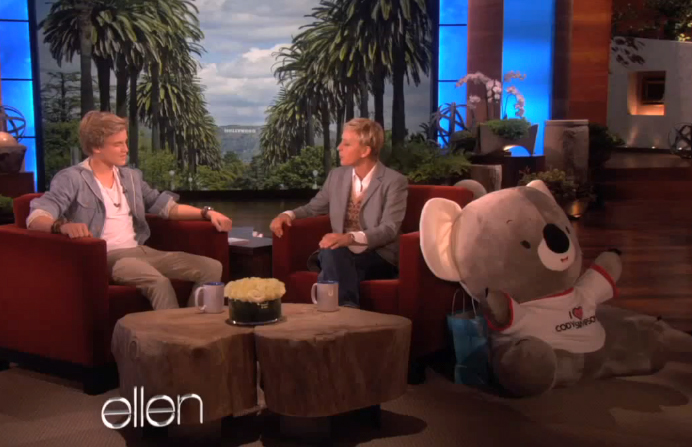 Cody was on the Ellen Degeneres show in 2011 when he sang On My Mind and Not Just You then again in 2012 when he sang Wish You Were Here! However since 2012 Cody has done so much more!Cody has done 3 tours since 2012 and is currently headlining his Acoustic Sessions tour throughout Europe! He has produced two more albums; Surfers Paradise and the Acoustic Sessions! His latest single- Surfboard has been a hit and has done very well on the charts. Cody has been nominated for many awards including some from the Radio Disney Music Awards, Young Hollywood Awards, MTV European Music Awards, Kids Choice Awards and World Music Awards! Cody recently appeared on Dancing with the Stars in the 18th season with Witney Carson. To conclude, Cody has kept up with education recently just graduating and a clean image. Growing up in the spotlight is hard and he has continued to amaze us with his positive attitude and hard working spirit. Cody deserves to be on you show again! This kid not only works hard but does so with great determination and thought. I believe he is one of the hardest working teens in the industry.Cody is an inspiration to me for several reasons. He tells me when times get rough, to keep going.He also tells me that to succeed I need to work hard and have determination and a positive attitude. It would mean alot to me to see him back on that show!Lets show Cody and his family we support him back in North America!
If you have any questions you can tweet me @lifeofcsimpson Thank you! #CodyEllenShow