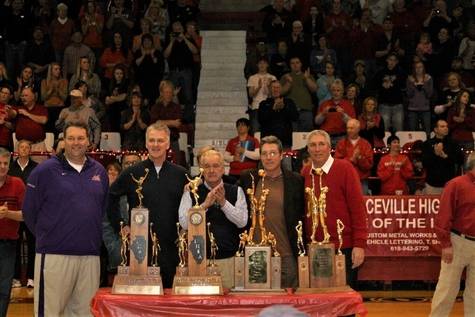 Please join us by the signing the petition to name the Lawrenceville High School Gym: Ron Felling Gymnasium. In 16 years coaching basketball at this small southern Illinois community, Coach had a record of 388-77= .834 winning percentage. He won State Titles in 1972, 1974, 1982 and 1983 and placed third with his 1976 team. His 1982 and 1983 teams went for a combined 68-0 record, which still stands in Illinois Basketball History. Several of his players went on to college on basketball scholarships; and all have gone on to be very productive individuals in society. Those men always refer to Coach Felling when they speak of their dedication and work ethic in life.