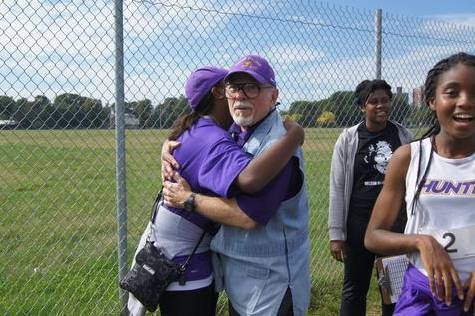 The Hunter College Athletic Community stands together as a team in support of Coach Ed Zarowin who has been relieved of his Cross Country and Track & Field Head Coach duties. Coach Z is a decorated NCAA coach. He has coached more champions than any other coach in CUNYAC’s history. The knowledge he imparts on student-athletes is unmeasurable. Coach Z not only coaches athletes, but he develops adults who are taught a work ethic that leads to success post college. He has dedicated and sacrificed his efforts and time to coach the sports he loves for over thirty years at Hunter College. Relieving him as Head Coach of Hunter College’s XC and Track and Field Teams against his will is not only unjust, but a horrible reflection of the values of the City University of New York Athletic Conference. We ask that you correct this wrong and force the re-hiring of Coach Z.

Coach Z deserves and has earned the right to continue coaching the athletes of Hunter College as the Head Coach of Cross Country, Indoor and Outdoor Track & Field. The signatures below are all in support of this action to rehire Coach Ed Zarowin. Thank you.