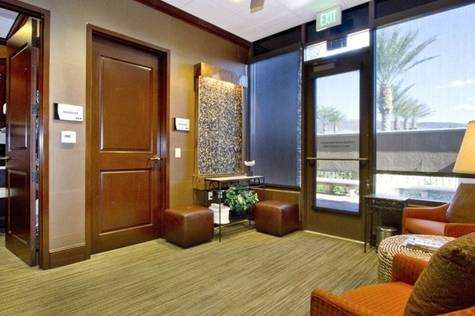 The Club at Madeira was marketed by the developer from inception to completion with an abundance of amenities. One of those amenities was the Clubhouse Spa, staffed with a masseuse, which consists of 2 treatment rooms and a waiting area with an outside courtyard. The last masseuse left in July due to maternity leave and was never replaced. Since the previous masseuse's departure, the Spa has been turned into a storage room, damage has occurred to the facility and it is unusable. A poll was sent to homeowners via Dwelling Live giving “options” for other use of the space. In that poll it stated that management has been unable to find a replacement masseuse.

In fact, there has never been an attempt by Associa Management and/or the Club HOA to recruit and contract a replacement masseuse. A qualified, certified, and experienced massage therapist was presented to the Lifestyle Directer and was interviewed 11/28 and another massage therapist has also expressed interest via NextDoor. The Club at Madeira Spa was never intended to be used for any other purpose than a Spa, including but not limited to massages. The Club should retain the same high level of amenity offerings as similar country club type communities, i.e., Anthem Country Club, Red Rock Country Club, Southern Highlands, etc.