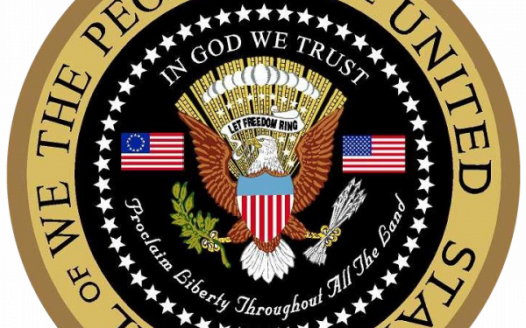 To: President Donald J. Trump, Vice President Mike Pence, Speaker of the House Paul Ryan, Senate Majority Leader Mitch McConnell, and the entire Congress of the United States:
Whereas, Donald J. Trump promised he would build a “great wall” along our southern border during the 2016 presidential campaign;

Whereas, an unknown number of illegal immigrants are now violating American laws by residing within our borders, with estimates ranging from 11 million to more than 30 million;

Whereas, former president Ronald Reagan famously said, “A nation that cannot control its borders is not a nation,” and the United States of America has unquestionably lost control of its borders as demonstrated by the astounding level of illegal immigration into our country;

Whereas, the Mexican government is actively aiding efforts by its citizens to migrate illegally into the United States and has established a network of 50 consulates within the United States to help its Mexican citizens lobby for aid;

Whereas, the American people are suffering because of an epidemic of heroin and opioid abuse, fueled by massive drug smuggling across our southern border;

Whereas, territory near the U.S.-Mexican border has been environmentally devastated by huge mobs of illegal immigrants and smugglers dumping trash and human waste;

Whereas, the United States has provided aid to allied nations that have built fences to secure their own borders, including Jordan and Israel, and a border fence created by Hungary succeeded in massively limiting illegal immigration;

Whereas, in an era where the possibility of global pandemics is ever present, control of the national borders and the prevention of unauthorized entry is a necessary and obvious step in protecting the public health;

Whereas, America’s national honor is disgraced by the presence of millions of illegal immigrants who disregard our country’s laws and openly agitate under foreign flags, showing no loyalty or even attachment to the country they are occupying and whose blessings and liberties they are abusing;

Whereas, wages for America’s native-born working class are falling and illegal immigration prices our own citizens out of the market for entry-level jobs because illegal immigrants can be paid under the table in violation of the law;

Whereas, Congress already approved (and President Bush signed into law) the Secure Fence Act of 2006, authorizing the functional equivalent to President Trump’s wall, and Democratic senators Barack Obama, Hillary Clinton and Chuck Schumer – along with 23 other Democratic senators – voted in favor of the act when it passed the Senate by a vote of 80 to 19;

Whereas, innumerable Americans have been the victims of violent crimes by illegal immigrants, including Americans such as Kate Steinle, Grant Ronnebeck and Sarah Root who were killed by people who did not belong in the country to begin with;

Whereas, the United States of America is endangered by radical Islamic terrorism and control over our borders is an essential step in protecting the national security of the country;

Whereas, Donald Trump and the Republican majority campaigned on and explicitly promised to stop illegal immigration and stand up for Americans who feel they are being taken advantage of by hostile foreigners and globalist elites;

Whereas, Americans never voted on, nor ever approved, the post-1965 wave of illegal immigration that has totally transformed the nation’s population, culture and way of life, and Americans have every reason to believe if current trends continue they will lose their country altogether:

Therefore, we hereby add our names to this petition calling on President Donald J. Trump and the members of Congress representing the state of California in senate and house of representatives to immediately sign the bill to fund construction of a wall on the southern border of the United States to protect the American people from the scourges of illegal immigration, drug trafficking, environmental destruction and violations of American sovereignty. We further urge President Donald Trump and the Republican Congress to immediately undertake measures to strengthen the federal government’s ability to enforce immigration laws, including by implementing mandatory E-Verify at all American businesses, imposing and enforcing strict penalties on all employers who hire illegal immigrants, and repealing former president Obama’s unilateral amnesty for illegal alien minors.
Legal name:
Date of Birth:
state of residency:
Signature: