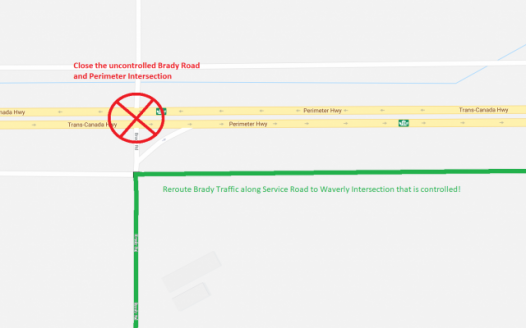 On October 25, 2019 another young man, aged 19, named Ethan Boyer was senselessly taken from us at the uncontrolled access point from the Perimeter to the Brady Landfill. He joins too many others who have suffered the same fate including 2 young men aged 18 in 2011 and another fatality at the same spot in 2018. All loss of life is tragic but when it could have been prevented it is doubly hard. We are striving to make Ethan the last statistic at this site!

Thank you all for participating. The Boyer family have heard from the Minister of Infrastructure that an announcement will be made Tuesday November 12, regarding the access point of Brady Road and the Perimeter. Stay safe.

The Minister of Infrastructure has made his announcement, here is a brief of his changes.

Not quite what we were looking for, but a start!