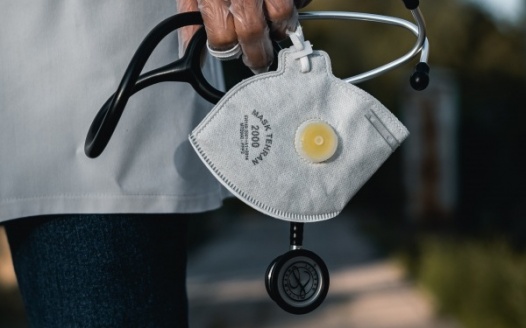 Please put your title and credentials in the comments to validate your signature.

We are healthcare workers from across the state of Arizona. We are asking for permission to utilize crisis care standards, something that most of us, when choosing our career, thought we would never be doing. Historically, our use of crisis care standards in the United States has been limited to terrorist attacks, mass shootings, battlegrounds, and aviation accidents. What pains us most is that this was avoidable.

When you lifted the executive shelter-in-place order, you did so without a staged re-opening. People returned to crowded bars and restaurants, had large social gatherings, and did not wear masks. You, yourself, did not don a mask until we publicly pointed out that you should lead by example. Despite evidence of large gatherings in establishments over Memorial Day weekend, you evaded questions from reporters regarding actions to be taken.

Now, weeks later, we are seeing a huge surge in cases, hospitalizations, and ventilator use. Several weeks from now we will undoubtedly see thousands more infected as a result of the rally in which there was virtually no social distancing or mask use. In your most recent press conference you continued to refer to hospital capacity and open beds doing a huge disservice to the public by downplaying the dire straits we are in. Our goal as a state should have been to avoid surge capacity all together rather than reassuring ourselves that we still had available ventilators.

Last week, you said, “There’s no magical decision or golden government action that will stop this virus. It is among us... That’s why I am talking about the idea of saving lives and protecting livelihoods.” Many of us exclaimed, “Too little, too late!” There was a time when we could have prevented the number of lives lost AND kept the economy going, but your unwillingness to enforce your own executive orders or to mandate state-wide mask use wasted the opportunity. Now we are forced to operate in crisis mode, placing a huge strain on an already stressed hospital system. Families will lose loved ones. Difficult choices will be made, and there will be untold emotional and mental consequences for every healthcare worker on the frontlines.

Our best chance of reducing the death toll is to reinstate the shelter-in-place order. We, the undersigned, urge you to take the following actions: