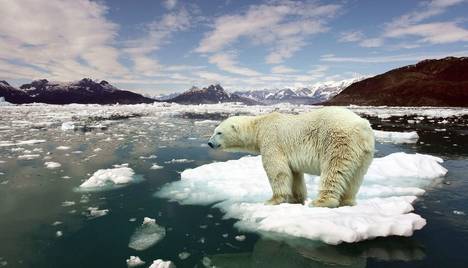 Climate change is real. It alludes to a surplus of difficulties that harm an extensive amount of the world’s ecosystems, environments, and health. However, there are not enough people who consider climate change as a huge threat to combat against.

Humans were capable of contaminating the environment with a vile amount of emissions only to satisfy the innovations they wished to create(Jamieson). Today, global climate change has come to a point where canceling out the waste of emissions has become impossible and many scientists believe that adaptation may be the only hope left to survive. 9.7 billion tonnes of carbon dioxide are emitted into the atmosphere each year(Levin). Still with such evidence, people ignorantly insist the world is in no rush or trouble to fight climate change and willingly ignore that 20 million people and counting are currently displaced from their homes due to climate change(Bryant). Some countries are affected more than others by this and search for alternative ways of functioning.

Due to the alarming changes in the environment, scientists have already begun looking at alternative resources and other solutions to prevent further damage from CO2 or excess gasses. Scientist Hiroko is one of the many scientists who has been working hard to find methods to protect our lands from deteriorating from excessive heat and he has come up with successful ways to do so. For example, one of his methods “carbon sequestration” is used by manipulating plant-life or soil into trapping the gasses from lingering around the atmosphere(Tabuchi). With millions of scientists like him, it will become easier for affected cities to quickly adapt to the changes that endanger them and begin slowly patching the holes created by the selfishness and ignorance of mankind. On the other hand, cities that are in the most danger have turned to an alternative gas which produces a significantly lower amount of greenhouse gasses(Man-Made Climate Change Might Drown Whole Cities). By doing so, these cities prove that it is possible to thrive as a city with safer resources. At this point, the smallest help could make a huge difference. Many large corporations like Home Depot and Ford use their public platform to influence their followers and make their “green products” spread across the globe (Introduction to Adaptation and Climate Change: At Issue). This spread will successfully pull crowds of people to join the force against the disasters which follow climate change. As more and more people purchase green products, the demand for these products will escalate proving that “non-green products” which harm the environment in many different ways will no longer be needed for the human population. If all comes to worse, the world still has hope as long as the mistakes made in the past are learned and populations work together to protect their environment.

Those who refuse to take action upon these changes display the ignorance that is scattered upon most parts of this world, and this will only throw the Earth upon series of catastrophic events which could have been avoided. With habitats drowning, food insecurity rising, and gasses destroying the Earth, there is no room to rely on scientists to fix such situations themselves. In fact, as a class of millennials, it is our responsibility to nourish the planet in which we live in considering our lives depend on it the most. Many suffer for the choices that could easily be altered through the right state of mind. If the world refuses to take on this responsibility, they are risking the lives(humans and animals) of billions and making the world unbearable. Climate change is real; as a world united, climate change will no longer harm the Earth.

If you fully understand the dangers of what we do to our planet and plan to protect it with every small change, make a vow to yourself by signing this petition.